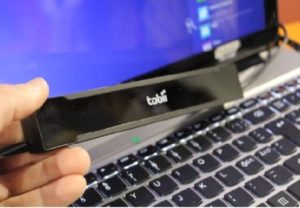 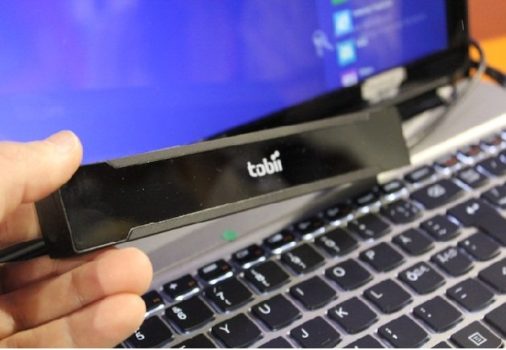 The month of January has been full of big releases in the world of technology, from the most anticipated devices by consumers in the field of computers, mobile phones and tablets, to prototypes , prototypes are more interesting and promising for future in the style of science fiction for each of us. Among these has been presented Tobii Rex, a more promising device that allows a computer to control Windows 8 with our eyes , something simply spectacular, as we can see in the video demonstration.

The system was first introduced at the last CES , as a revolutionary invention. Through a sensor that will remind some Kinect , lets follow the course of our eyes and know exactly what we are seeing , so place the cursor on this .

Of course, you can not (at least not for now, maybe in the future) clicking on the icon or Live Tile on which lodge in the eye, and they can make use of two buttons on the keyboard, which will pretty much all you need to control the PC together with Tobii Rex.

Technology is just amazing, in fact, in the video we can see some of the feedback system that uses the prototype, completely highlighting the location of our eyes to know where we look. Of course, before use of such technology on a PC, we calibrate the device and I wonder how it will behave if we move steadily closer and computer during working hours, for example.

In addition, Rex Tobii offers the possibility of not only access some applications with the view, but also to scroll down to leave only one of the two buttons that work and look down or up, depending on which part of the page want to view, and finally, with this technology we can zoom in or zoom precise, noting in an image or map the point where we want to make the approach, and do mouse wheel.

The company responsible for the technology (called Tobii ) is about to deliver prototypes to developers for a price close to a thousand dollars, and offer lectures and develop material for these applications and utilities for Tobii Rex. Its marketing to the public is expected to end of the year at a price not specified.

The idea of controlling a computer with the eyes sounds fantastic and is certainly a much more interesting to control current computers that say a touch screen, which in many cases may be of use not to mention uncomfortable fingerprints throughout the panel . However, we must also consider other technologies such as Leap Motion will soon trade and is a very interesting idea to interact with a computer .