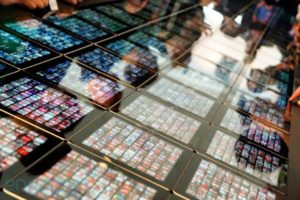 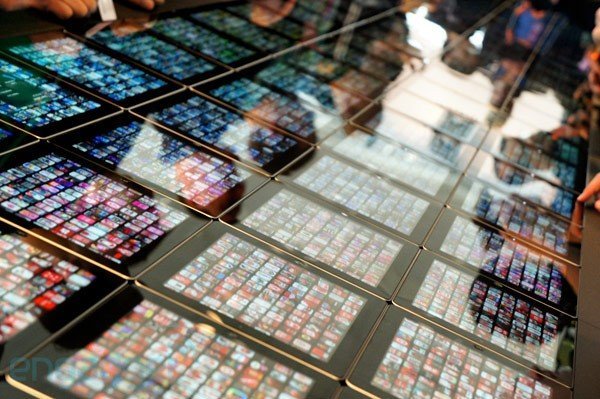 With the iPad is responsible for a large part of Apple’s revenue would be surprising if the company has not made ??use for the decoration of the Worldwide Developers Conference. Who could also leave out the speech in general or from space, the new iPad screen Retina;

So Apple is not only put the new iPad to any party who could, but has also created a modern table of 100 iPad. On the table you see in the pictures are 100 iPad squeeze with the new Retina screen (ie 3.1 million pixels each). If you are interested in such a table and want to know the price, know that will cost about 50,000 euros less!