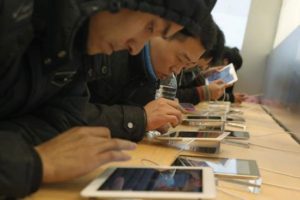 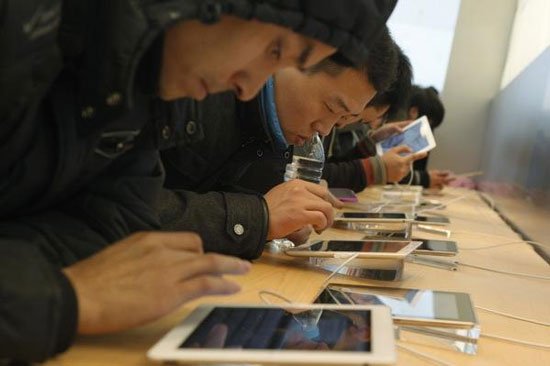 On the Internet, once again there were rumors about plans of Apple to release a mini version of the tablet iPad . According to Chinese press, the first installment in the California-based company will release six million “little brothers” iPad , and the price tag will not exceed $ 300.

Release of a compact and low-cost models will be engaged partners Apple – Hon Hai (Foxconn) and Pegatron. Tablet can be sold by the third quarter of this year – just in time for the time will come first “pill” on Windows 8, writes a blog Kotaku.

The rumor of a smaller version “aypeda” go with the 2010. Last month, the publication DigiTimes reported that the “mini-iPad” can get a LCD display with a diagonal of 7.85 inches (“adult” iPad has a 9.7-inch screen).

Meanwhile, Apple has announced that sales of iPad third generation before the end of this month will start as early as 21 countries. Starting from April 20 to buy a new tablet will be buyers from South Korea, Malaysia, Venezuela, Dominican Republic, Cyprus, Croatia, and six other countries. Russia is not among them. A week later, on April 27, the third iPad will be in Colombia, Estonia, India, Israel, Latvia, Lithuania, Montenegro, South Africa and Thailand.

Introduced a new model iPad Apple CEO Tim Cook on March 7 press conference in San Francisco. Before the release of the gadget rumors that Apple will call its next iPad tablet 3 or iPad HD, but the company is limited to a simple “new iPad”. Novelty Processor A5X with quad graphics subsystem, Retina display with ultra-high resolution (2048×1536 pixels) and a 5 megapixel camera with the ability to shoot HD-video (1080p).

The third generation iPad will also be able to work in the 4G-networks (LTE). The price of the device remains the same. Sales of new products launched on March 16 in the United States, Australia, Britain, Germany, Hong Kong, Canada, Singapore, France, Switzerland, Japan, as well as in Puerto Rico and U.S. Virgin Islands. A week later, on March 23, the third iPad appeared on the shelves of all 25 countries, including Austria, Belgium, Bulgaria, Czech Republic, Italy, Norway and Portugal.