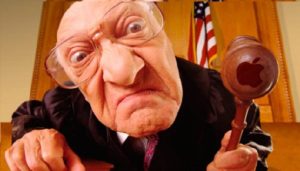 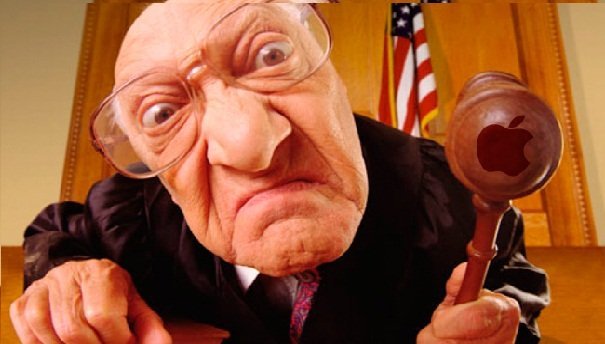 A lady having trouble transferring an Apple Store, a customer who thought that Siri would be the height of Data (Star Trek), Samsung and the concept of “the thinnest” conspiracy of the Mafia and the FBI , or anger one of the most famous astronomers of the world when you touch your name. Everyone has something in common, and that star is our collection of the seven most stupid and ridiculous claims against the apple :

1:The grandmother who came into an Apple Store.

Paswall Evelyn, 83 years old, walked to the nearest Apple Store with the intention of returning an iPhone. Unfortunately failed, giving face to face with the glass facade. This unfortunate incident is not fun, but demand that the lawyer filed against Apple Pawall asking themselves a million dollars. “Apple wants to be sophisticated and modern and uses an architecture that transmits that to the geeks, but otherwise , you should keep in mind the danger that this high-tech modern architecture is to some people “

Frank M. Fazio was impressed with the announcement of Siri, the wizard voice of the iPhone 4S, and immediately launched by one. However, soon reached the bitter conclusion that the ads were “false and misleading” , deciding to file a class action. “Siri, or do not understand what you ask, or, after a long wait, responds with a wrong answer (…) The best is a work in progress “ . Nobody explained that a beta is just that, a work in progress?

3:The thinnest of all.

Apple won the right to call the iPhone 4 “the thinnest smartphone in the world” on September 14, 2011 when the Anvertising UK Standards Authority dismissed a lawsuit from Samsung. The Korean automaker claimed in claim half the Galaxy S II 8.71 mm, being definitely thinner than the Apple phone with 9.3 mm. The company Apple was forced to pull out the tape measure and show that although the Samsung phone had these dimensions in its thinnest part, the bulging upper middle 9.91 mm. The ASA agreed that consumers are concerned about the overall size of a device, not only by the thinnest part of this.

4:The Mafia, the FBI , Apple and mind control.

Gregory McKenna, a resident of Beverly Hills, introduced in June 2009 one of the more bizarre claims of history when he accused Apple and nine other companies and organizations among which was the very FBI , the police department of San Luis, and his garage, of conspiring with the Mafia for two iPods incluyesen after sync clear threats like “I’ll kill you.” Apparently McKenna was convinced that the Mafia wanted to intimidate him return to work at a modeling agency controlled by them.

5:Carl Sagan seemed sympathetic, but you would not have wanted to know angry.

In November 1995, Apple settled in a friendly a famous astronomer and demand for science writer Carl Sagan. The legal battle began when Sagan learned that Apple engineers use their name to refer internally to the Power Macintosh 7100 and after filing a complaint alleging that this constituted an implied endorsement unauthorized engineers gave the computer a new name : BHA, short for Butt-Head Astronomer (astronomer idiot). Sagan sued them for libel and lost, again sue again for the original use of his name and lost again, after which he appealed. Apple’s lawyers insisted that the crew changed the name again, and indeed they did. The code name was the end of 7100 LAW , by “lawyers are wimps” (lawyers are cowards).

6:The false claim of the number of colors.

In May 2007 two photographers sued Apple for the claim that the screen LCD of the MacBook was capable of displaying “millions of colors”. The plaintiffs, Fred Greaves and Dave Gatley argued in a lawsuit that was widely derided as frivolous as the screen was only able to “show the illusion of millions of colors using software techniques.”Apple reached a settlement with them in March 2008 and continued to use the expression.

In October 2007, Jonathan Lee Riches sued Apple, Steve Jobs and a certain Philip Woolston, an employee of the federal prison in South Carolina alleging that he had tried to sodomize Woolston with your iPhone. Apparently, Woolston claimed to be a close friend of Jobs, and threatened to use that connection to punish him if he continued to reject the advances of your apple. A discussion carried too far? No, turns out to Riches likes to try to surpass himself, and in September of that year filed another lawsuit in which he claimed that OJ Simpson had been working as a murderer in the pay for the co-founder of Apple. A month after the first lawsuit, Riches withdrew voluntarily (or perhaps frightened by the staff murderer Jobs). “Philip Woolston and Apple Computers sexually assaulted me in a dream, not real life. I can not sue a dream “ .