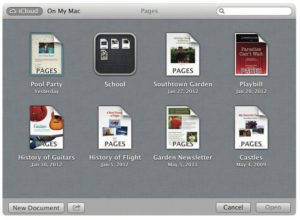 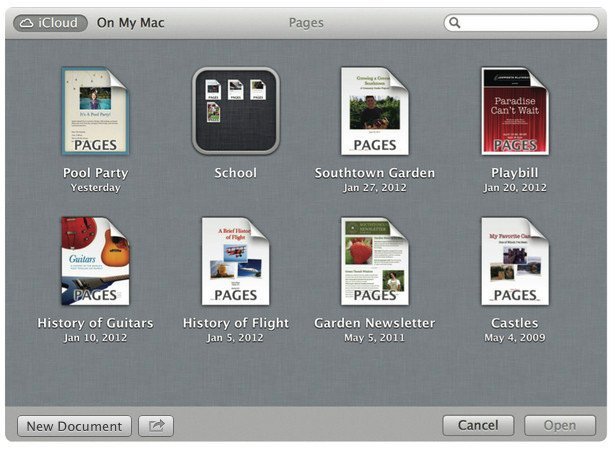 Despite its 100 million users, icloud remains for many a sleeping giant. One thing that OS X Mountain Lion promises to change by integrating it into the file system to offer the first truly significant change dialog Open and Save from the very origins of graphical interfaces.

And is that the next version ofOS X will finally have a real choice to use documents and data, giving us the opportunity to save your documents in the cloud so they are perfectly synchronized between our computers and mobile devices. The system works similarly to the iPad document management applications such as Pages, through an area without any specific routes within our team where you just see the files compatible with the application.

Folders are created equal in IOS, dragging a document on another, and its icons are a miniature of its content rather than the type of file. There seems no limit to the number of documents or folders, but again just like in IOS, there is only one possible hierarchy level, ie we can not create a folder inside another.

Similarly to Gatekeeper , this new function does not replace the traditional way to manage and organize files on Mac , but offers a simplified alternative for those who want to take it. For some users will be perfect, doing so easy to work with their documents to Dropbox seem complicated. Others, however, still prefer the usual hierarchical distribution. Mountain Lion will adapt perfectly to both.

I have to add that the system runs smoothly, instantly synchronized to other computers and devices associated with the same IOS icloud account. But yes, applications need to adapt to this new system using the API provided by Apple, but for now only we could try TextEdit, some screen shots suggest that applications such as Preview, Pages, or the other iWork apps also have backward compatible at this time.

Hopefully the developers will put the batteries at once (something that remains to be seen with some of the features like autosave Lion or versions) to make it a standard feature of any Mac application you evil? The 5 GB free icloud we will fall short very fast.