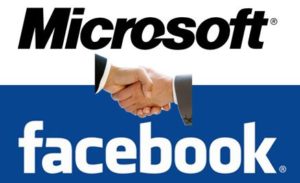 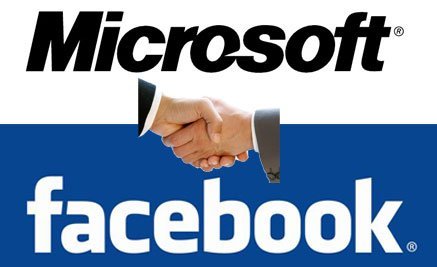 Due to the following reasons Microsoft should buy Facebook:-

1. The size is obvious

Perhaps the best reason for Microsoft to acquire Facebook is that the social network is the world’s top destination in the world. It has more than 500 million active users who share over 30 billion pieces of content every single month. It’s huge and it’s growing. It would only make sense for Microsoft to want to capitalize on that growth and find a way to generate serious revenue off of it.

Microsoft is already working its way into Facebook. Bing is a key partner with Facebook, powering the company’s Web results in its Search. The social network also announced Oct. 13 that when folks search for content on Bing (or Facebook’s Search), they will see their friends’ “faces next to Web pages they’ve liked.” It’s an interesting implementation. And it makes it all the more reason for Microsoft to get its hands on Facebook.

Microsoft currently owns a small part of Facebook. Back in 2007, Microsoft doled out $240 million to Facebook in return for a 1.6 percent stake in the company. That might not be much, but Microsoft has its foot in the door, and it’s a good basis from which to start negotiations if the software giant were to ever go through with it.

4. Microsoft has the financial security to do it

When it comes to financial security, Microsoft has it. The company currently has more than $44 billion in cash and short-term investments on its books. During the last quarter, it generated a profit of more than $5.4 billion. With that in mind, it can acquire Facebook using both cash and some stock and not have to worry about the long-term financial impact it might have. After all, if it continues to generate such a profit, it won’t be long before its coffers are filled back up again.

Microsoft is trying to compete against Google in the Web-advertising space, but the company isn’t having such an easy go at it. Google is still the top firm in that market. But with the help of Facebook, Microsoft could start to turn that tide. Facebook’s advertising platform is integral to the social network’s operation. Capitalizing on its 500 million active users could be a boon for Microsoft’s revenue. It’s something the company should consider if it were ever to attempt to acquire Facebook.

Make no mistake that if Microsoft acquired Facebook, Google would be extremely concerned. The software company isn’t the biggest threat to Google’s online dominance just yet. But with the help of Facebook, it would undoubtedly become a huge player in that space. And in the process, it would make Google think twice about ignoring Microsoft’s online efforts.

7. The Web is becoming social

If Microsoft hasn’t realized it yet, the Internet is becoming more social by the day. And the onus is on every Website to double down on that social movement or risk being left behind. Of course, that social movement is being led by Facebook. Buying that company and effectively spearheading the movement would be extremely beneficial to Microsoft’s business. The social craze doesn’t seem to be slowing down, and there is a real opportunity right now for Microsoft to capitalize.

Microsoft is having some trouble regaining its mobile footing as it overcomes the issues it experienced with Windows Mobile. But acquiring Facebook could go a long way in rebuilding its mobile credibility. Currently, more than 200 million active users access Facebook from a mobile phone and, according to the social network, those folks are “twice as active on Facebook as non-mobile users.” That is a key opportunity that Microsoft can exploit in the mobile space. And it could be its trump card as it attempts to compete against Android.

Microsoft’s Hotmail service could be replaced quite quickly by Facebook’s messaging platform if the software giant acquired the social network. Not only would the Facebook option help users communicate, but the social network’s recent announcement that it will integrate Office Web Apps could make it even more lucrative for Microsoft as it attempts to become the top cloud-based productivity suite provider. Simply put, Hotmail won’t kill Gmail. But Facebook’s messaging platform at least has a shot.

The most important aspect of Google’s business is search. And the company makes it clear with each passing day that it cares quite a bit about that part of its business. Meanwhile, Microsoft is trying to catch Google with its Bing platform with varying degrees of success, depending on the month. But with the help of Facebook, Microsoft would exponentially expand its social search efforts. With the right strategy it might just have the ability to inch closer to Google than it would without the help of Facebook.