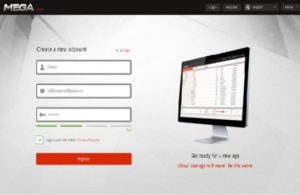 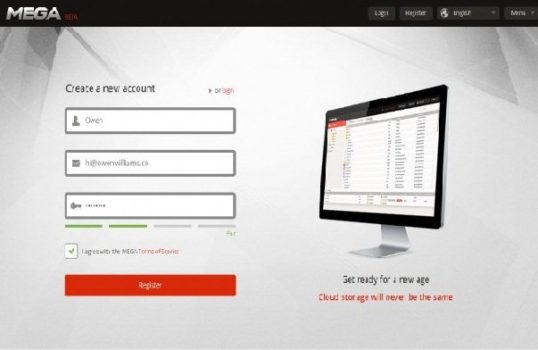 Kim Dotcom may be happy. During the first day of launch of  Mega were recorded 1 million registered users , according to numbers provided during a press conference held at the mansion of the founder. In fact, during the first hour there were 100,000 accounts . Mega is the successor to Megaupload offering 50GB of free storage (there are also accounts payable), seeks to compete against  Dropbox , Google Drive or Box , and not necessarily meant to be a place through file sharing direct download as before.

But success has consequences: access to the service is now virtually impossible, totally collapsed and this continues, could represent a real threat to the future and immediate initial MEGA as real and serious competition to other storage services in the cloud. We can not ignore the fact that the first thing anyone wants to use these services, you have your files available at any time, without any interruptions.

The launch of Mega with a change in strategy

This time Kim Dotcom want to make sure that whatever he build, does not become a legal problem for him and his company, as happened last year with Megaupload. After all, the fact that they come to his house with a SWAT team using two helicopters and 27 police officers, like he is the world’s largest drug trafficker, to arrest must be a terrible experience.

Mega rewards data privacy and the privacy of anything you upload to the service that will be encrypted so that if you lose your password, you can not recover those files, because Mega has not and never will be , a technique Smart says the fact that having absolutely no responsibility for what gets on the service becausethere is no way to know what is .

Therefore, sharing files is not as simple as it was in Megaupload . When you need to share it along with akey  with which you can remove the encryption to files you download. The problem (for which you want to share) Each key can be associated with an account, so really there is no way to share files anonymously.Dotcom also warned that this time will cooperate with authorities if necessary, and if the authorities request it, disclose the identity of created accounts .

Mega: Dotcom Offers $ 13,500 to First who Break the Security