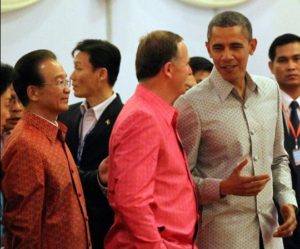 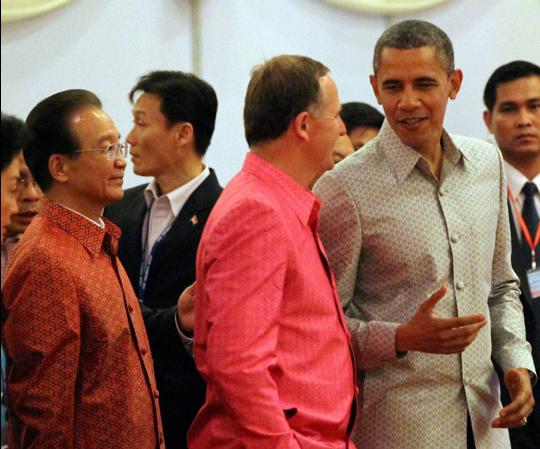 The case of Kim Dotcom will be discussed at the highest government level.Dotcom joked that he would like to come to the U.S. and Hollywood show  how to make money on the Internet. There, he faces 20 years in prison.

New Zealand Prime Minister John Key had a conversation with U.S. President Barack Obama on Kim Dotcom. The news portal reported the New Zealand Stuff.co.nz that belongs to Australian media company Fairfax Media. About the content of the conversation was confidential.

Key and Obama spoke on the edge of the upcoming negotiations on a trade agreement in Phnom Penh. No other officials were present. He had raised dot and the Israeli-Palestinian conflict, said Key.

“I will not mention any details. We chatted a bit about a variety of topics. I constantly private conversations with people.”

“Ask Obama if he gives us green card, then we will come and help Hollywood to build a functioning Internet business.”

When searching his villa in January 2012 by police units and the police were Kim Dotcom and arrested four of its employees, the United States requested his extradition.During the action, the FBI was involved. The Sharehoster Megaupload was taken offline due to allegations of copyright infringement. Dotcom is free on bail. The 38-year-old threatened with a penalty of up to 20 years for criminal transactions and money laundering in the United States. The hearing in the extradition process is planned for March 2013.

Dotcom wants his new Sharehoster Mega settle in his adopted hometown of New Zealand. He announced on Twitter:

“New Zealand is home to our new website http://Mega.co.nz – and legally protected by law.”

Mega: Dotcom Offers $ 13,500 to First who Break the Security

President Obama Created the Shocking Expression in the White House