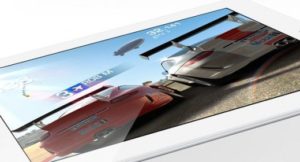 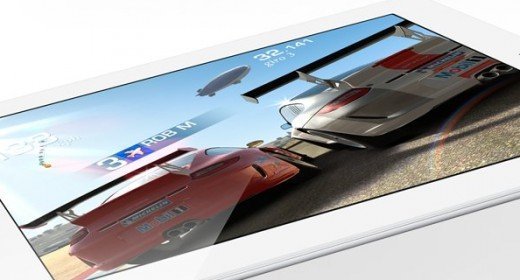 When Apple called its third iPad simply “new iPad”, the intent was clear: the group did not intend to pursue the numbers with a nomenclature that would make only the most tedious succession of innovations. This also happens with the new iteration of the tablet: what would be, by definition, the ‘ iPad 4 is actually called only “iPad”, but Apple has announced the fourth generation with a new leap in performance and general specifications.

The body unchanged, Apple has intervened primarily on the processor bringing the device to a new A6X can provide performance doubled compared to the previous A5X. The group promises batteries once again able to provide 10 hours of continuous work, while great strides were made ??in terms of performance on WiFi connections. Supported also new LTE networks around the world so that they can sell the device under the name “4G” in new locations.

The new chip A6X iPad is up to two times faster than the previous chip A5X. Even the graphics are up to twice more agile, without sacrificing battery life. So even the most sophisticated app have made a smooth, responsive and incredibly realistic.

The display is a “Retina” (unchanged diagonal 9.7 inches ) and the tablet comes with FaceTime HD camera for video calls in high definition. Even in this case the device has been provided of connector Lightning as already experimented on iPhone 5 and iPad Mini .

Stable prices than in the past, marking a kind of standard that the group intends to comply with and confirm in time. Also available in Italy in Wifi-only version from November 2 , while the Cellular version will be available in the Apple Store just a few weeks later. The new iPad (iPad 4) can be booked immediately on the Apple Store online.