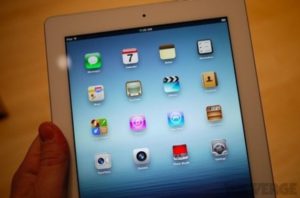 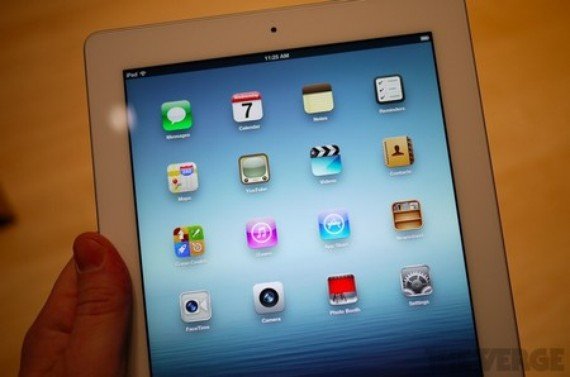 It’s about living in the U.S., when Apple introduces a new gadget you can put their paws up before anyone else. So as expected, minutes after the presentation of the new iPad Retina display some of the leading technology blogs in the country have rushed to publish his first impressions after spending a few minutes fiddling with the coveted third-generation tablet on the block.

It is Just Amazing ,Really a Great Gadget with Great New Features  –Revoseek

“Doubling the resolution of the iPad to the 2048 × 1536 pixels, the new iPad tablet or surpasses any current laptop, a move that only Apple is able to achieve thanks to its strength and industrial scale. At this point, if Apple decides that the next iPad will be built from unicorn tears, I would not bet against him . “- CNET

“‘Resolution” so qualifies the new Apple iPad, and we have to agree with them. Just get your hands on the new Retina screen tablet and IOS 5.1 and the difference with the iPad 2 which, remember, is held for sale next to him is enormous . The pixels of the display of 2048 × 1536 are at a distance of normal use, completely indistinguishable: only when we look closely we can see them. “- Slashgear

“Physically the device feels in your hand almost the same as the previous model. Despite having a slight increase in thickness , the difference is almost imperceptible . Since the design has not changed dramatically, not much to take into account under its shell, and although they have improved the cameras, the location and size of the sensors has not changed. “- The Verge

“What I can tell? Performance tests appear when we have our own unit, the updated applications will be evaluated by users of older versions, we have to test new applications and games (Epic’s new game is not available for testing and Infinity Blade does not scale too well), the 4G speed and coverage will be progressively assessed, voice dictation has no value in the crowded room of test units, the cameras can not be adequately tested in a dark habituation, the main fact that I have found to be my hands on the new iPad is very much like to get my hands on the former. However, lay eyes on it? That’s another story. “- TechCrunch

I have to admire the cleverness of Apple. Were the first to get people to want a tablet.Then, just as competition began to feel confident, Apple cut the iPad until impossibly thin design. For his third act, Apple has boosted the expectations of the screen of a tablet to levels that border on the ridiculous. Competition inevitably will catch up, but just as surely as Apple will up the ante once again “- CNET

“There is no doubt that this tablet makes you appreciate where they went to the $ 500 it costs, oozing quality from end to end and being so delightful to use as ever. Is the second coming of the tablet? Of course not, but if we have learned anything from the iPhone 4S is that there needs to be. Apple just put an insane amount of potential in the hands of the most astute developers and frankly, we can not wait to see what they produce. “- Engadget

You see, the Retina display the new iPad is the one who attracts all eyes (pun accept me for lack of anything more witty). We look forward to receiving our test unit from Apple so that it can experience for ourselves but still not get their hands I have no doubt that 2012 will be the year of iPad . I never really doubted it.