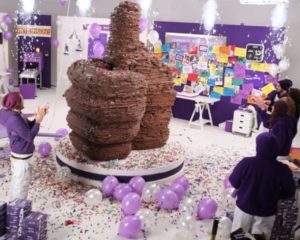 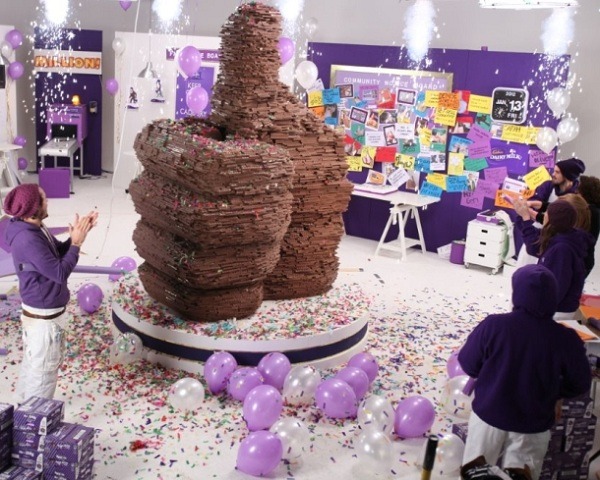 To achieve the objective of achieving the number one million fan son his Facebook page, Cadbury Dairy Milk in the UK has decided to create an icon button weighs 3 tons Like thousands of DairyMilk chocolate bar.

To create this product, its employees that it took two days to complete. There are some minor glitches occurred during the implementation process, but eventually the group was carved andcreated a giant button icons Like very sweet. A fan of Facebook called Denise had the honor of placing the last chocolate bar in this work.

To select a reasonable size for this product, Cadbury has launched the comparison chart to the Facebook fan option, and finally the current size has been warmly supported its fans . Likethis node as high as 2 small cars are put together and weighedup by 24 plus elephant, a thumb-up icon of chocolate weighs nearly 3 tons.

Process of its products was recorded live on Facebook to call forsupport and “like” of all fans and followers.

This product was then donated to an unnamed companyspecializing in research on renewable fuels. However, no clearLike button with chocolate giant will be recycled into fuel orbecomes food for hundreds or even placed in the heart of Londonand allow people to eat free.