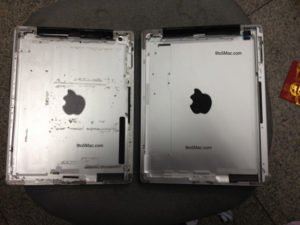 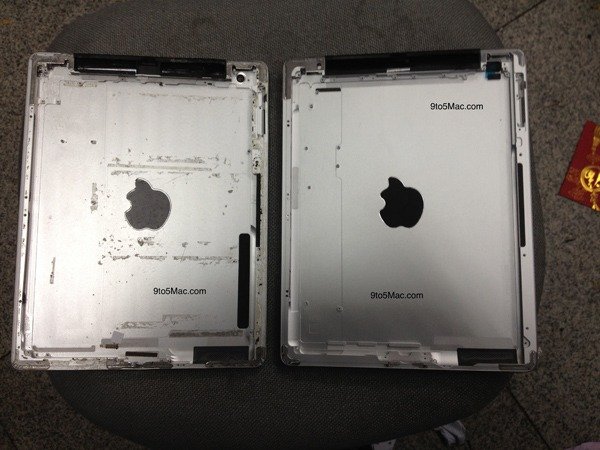 The alleged first images of the iPad 3 only show the back room with the Apple logo . Of these, it appears that the design is very similar to the iPad 2 and the screen will be smaller , as was said in a moment.

The Apple tablet has 10 inches, a size larger than other companies, which have 7-inch devices. So, had commented that the iPad would make smaller.

However, neither is possible that the iPad 3 comes in two models, one 10 and a 7 inch, which would be affordable .

The photographs would be the new iPhone was released by 9to5mac and obtained by a vendor supplying parts for the repair of iPads worldwide, according to the site.

In the portal TicBeat indicate that the tablet will have a Retina Display screen 2048 x 1536 and a dual core processor A6 , besides having a more powerful battery and an upgraded camera .