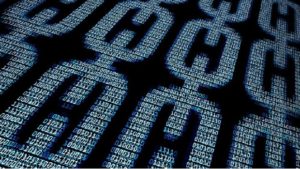 This article explains the basics of blockchain technology and uses a guide to explain what to consider when deciding on or against Blockchain.

Blockchain today: Bitcoin is not everything

The technical foundations for Blockchain were already described around the turn of the millennium. Bitcoin and co., However, did not publicize the technology until about ten years ago, whereupon a hype surrounding the cryptocurrencies broke loose. Although the euphoria is easing somewhat due to some major price losses , the potential of the blockchain technology itself continues to provide much talk.

It can be found in almost all areas , such as finance and insurance , energy, industry 4.0, the pharmaceutical industry and the Internet of Things (IoT) , especially in the supply chain . For example, in Blockchain, digital experts in the energy sector see a way to efficiently manage and secure the large data flows due to the energy transition. Banks are testing Blockchain as a transparent accounting system that could replace intermediaries in global trading, making processes faster and more efficient.

It is likely to take a little while to become marketable and Blockchain will not be the answer to all IT security issues . However, IT executives should keep the topic on screen and fundamentally understand what the technology is and can be.

Blockchain is basically a database for storing data , information and documents. This allows transactions and complicated processes to be carried out, verified and automated.

Blockchain is composed of two terms. The term “block” stands for the transactions that are stored together and “chain” (German: chain) for the fact that the data is appended to previous links and thus the block chain continues to grow linearly. The formation of the block and its encryption are called mining (German: digging). For cryptocurrencies, several miners compete with each other. In the case of the Bitcoin blockchain, the miner must solve a difficult, mathematical puzzle to get the move. Whoever has the solution first will be accepted as a miner. The miner receives a financial reward in the form of a cryptocurrency like Bitcoin for his performance.

The blockchain is realized through a decentralized peer-to-peer network. In this network, the transactions are verified, validated and summarized in blocks. The blocks are then linked together. Thus, the method is based on a chained block structure that grows linearly. The data is stored multiple times in this network to cope with a failure of one or more nodes. The data once in the blockchain are immutable and can no longer be manipulated and deleted.

Simplified, Blockchain can be used in three ways: as Public, Private or Consortium Blockchain.

The public blockchain is a thoroughly decentralized network without a parent instance, as is the case with most popular cryptocurrencies. Each transaction is verified and synchronized by each node of the blockchain before it is written to the system. This makes this variant relatively slow and very resource-intensive, but transparent and secure.

In private blockchain , a company operates the system and owns the sovereignty over the transactions. It verifies and writes as the only participant every transaction in the system. In addition, the reading rights for the transactions per user can be restricted, which allows higher data protection than the public version. Because the size of the private blockchain is limited by company boundaries, the resource requirements and the processing time per transaction are also limited. However, abandoning the completely decentralized approach also destroys part of the reliability.

The consortium blockchain is a kind of private and public hybrid. Here, a group of participants shares the power to decide on the verification and distribution of the read rights of transactions. This offers many advantages of private blockchain such as efficiency and privacy of transactions without putting all sovereignty in one hand.

The operation of Blockchain simply explained

The sequence of a blockchain action consists of the following seven steps:

The transaction is the basic element of the blockchain. Two parties exchange information with each other. This may be the transfer of money or assets, the conclusion of a contract, a medical record or a document that has been stored digitally. Transactions work in principle like sending emails.

The verification verifies that a party has the appropriate rights for the transaction. The check is instantaneous or it is written to a queue that will later check. At this point, nodes, ie computers or servers in the network, are integrated and the transaction is verified.

The transactions are grouped into blocks, which are encrypted with a hash function as a bit number. The blocks can be uniquely identified by assigning the hash value. A block contains a header, a reference to the previous block and a group of transactions. The sequence of linked hashes creates a secure and independent chain.

Before the blocks are generated, the information must be validated. The most widely used concept for validating open source blockchains is the “proof of work” principle. This procedure usually represents the solution of a difficult mathematical task by the user or his computer.

The term mining comes from the mining industry and means the “mining”. In this process, the block is generated and hashed. To get to the train, the miners have to solve a mathematical puzzle. Whoever has the solution first, will be accepted as a miner. The miner receives a fee for his work in the form of cryptocurrency (Bitcoin).

After the blocks have been validated and the miner has done his work, the copies of the blocks in the network are distributed to the nodes. Each node attaches the block to the chain in a steady and un-manipulatable manner.

When a dishonest miner tries to change a block in the chain, the hash values ??of the block and subsequent blocks are also changed. The other nodes will recognize this manipulation and exclude the block from the main chain.

What are the advantages and disadvantages of Blockchain?

A blockchain is a database with two elementary properties. On the one hand, due to a very complex encryption method, the so-called hash function, it can be regarded as relatively tamper-proof. Second, many copies of the database are distributed throughout the network. To successfully fake a database entry more than half of all instances would have to be changed. With today’s computing technology billions of dollars would have to be invested to manipulate only a single entry in the blockchain. This is completely uneconomical and ultimately leads to the high security against manipulation of the blockchain.

An important consideration is the decentralized nature of Blockchain. If the server fails in a classic database, it can no longer be used. If some of the nodes of the blockchain fail, the remaining participating nodes can still continue working.

It is also important that the data is stored permanently and audit-proof. This does not offer classic cloud technology, for example. On the one hand, public servers could be destroyed by natural disasters or similar occurrences or the cloud could become the target of hacker attacks. In the event that the cloud provider goes bankrupt, all sensitive data is lost or no longer accessible.

Another advantage is that the blockchain does not require much infrastructure. Blockchains can also be created for bank transactions in countries such as Africa or Asia, without a bank having to exist as a central entity. Also a kind of land register and birth register, which does not exist in all countries, could be represented over a block chain. At the corporate level, this provides the opportunity to collect, analyze and evaluate large volumes of data across companies. The overall infrastructure costs are reduced, and traceability helps identify vulnerabilities in supply chains and business processes. Company-internal reports can also be increased in their effectiveness.

Blockchain makes the processes generally more transparent, cheaper and safer. Furthermore, the technology is considered extremely secure. The financial effort that has to be done for the manipulation is – as described above – out of proportion to the benefit.

Like any technology, the blockchain has its drawbacks, but overall the benefits outweigh the benefits. These include low individual scalability, low data throughput, limited storage space and authorization management. Without a fast network access, the blockchain can not be implemented. Sometimes it is not trivial to integrate the blockchain into existing IT infrastructures.

Another serious disadvantage of the Bitcoin blockchain is its great hunger for energy, which comes from the proof-of-work algorithm (see Mining). If half of the world’s population, which does not currently have its own account, would one day use blockchain technology, it would consume more power than it would produce today. Even if only ten percent of the world’s population rely on blockchain technology, it would require 22.9 percent of global electricity production.

Do I need a blockchain?

Before implementing a blockchain, it is important to check carefully whether this technique is the right choice. The following guide is intended for decision-making:

(1) First, the problem to be solved must be identified. Which are the possible pain sites? What are the current solutions and what is missing?

(2) Now it has to be checked if this problem really needs a blockchain. In many cases, a single central database may be more efficient than a blockchain implementation. It makes sense to carry out a cost-benefit analysis and a risk assessment. Furthermore, it has to be examined whether external partners have to be involved in the implementation. Another question is whether new risks arise from the implementation. As a result of the analysis, it is determined whether, considering the risks, it is better to implement a classic, central, relational database.

(3) If the decision for a blockchain fails, various features of the blockchain technology must be defined and identified. The following questions now arise:

(4) Once you have an idea of ??the type of blockchain that is supposed to solve the problem, you need to think about how you want to implement the project. Implementations that are available are for example Bitcoin, Ethereum, Ripple, Hyperledger or Faizod Vooledger.

(5) After deciding on an implementation, it must be considered which components of the framework can be adopted and which parts need to be rewritten or configured. At this point, clients and customers should be able to make an appropriate estimate of the resources needed to achieve good production quality. At this point, a second cost-benefit analysis must also be carried out.

(6) When the blockchain is implemented, a “proof of concept” is to be implemented during the process and the system is to be installed on a test basis on an internal network, a simulation environment or a commercial cloud such as IBM Bluemix or Microsoft Azure .

(7) Finally, possible problems during the proof of concept scaling, such as performance issues, latency, memory, disk space and operating system, must be estimated.

Blockchain is a new, innovative database technology in which atomic units-the transactions-are collected, bundled, verified, validated, encrypted, and distributed across a network. The result is a tamper-proof and fail-safe database. Not every IT problem can be solved with a blockchain. The future will tell if the blockchain and its immense, potential upheavals will actually prevail.