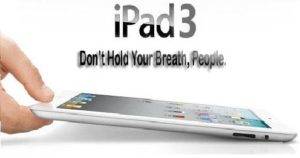 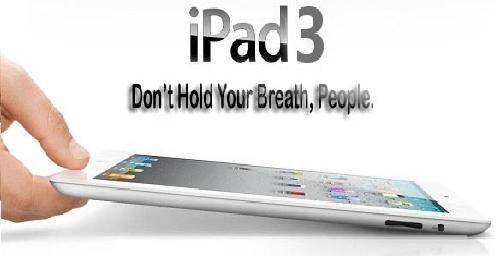 Fans of Apple products a good news for you. When iPhone 4S went on sale , the press began to receive rumors about the next generation tablet of “Apple” Corporation  iPad 3.

According to Susquehanna Financial Analyst Jeff Fidakaro (Jeff Fidacaro), iPad 3 went into production. According to him, in the 4th quarter of 2011 planned production of 600 thousand to a million new plates.

The previous version of the tablet Apple  iPad 2 went on sale in March this year, so the next version is expected in early spring 2012. Due to the popularity of absolute novelty even before its release, Apple wants to release as many plates as possible.

Recall that Apple has sold more than a million tablets of the second generation for 2 days of sales in the U.S., and continues to sell more than 100 000 iPad 2 day so far.