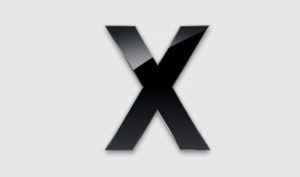 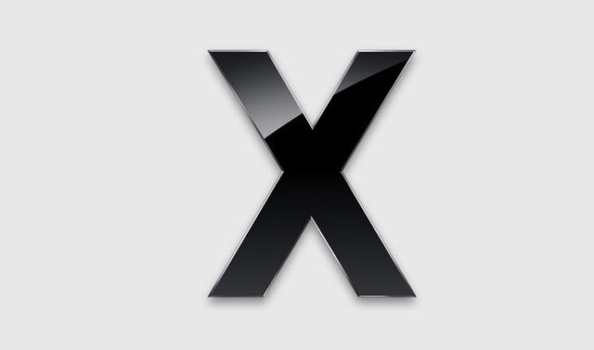 iOS is not the only operating system that Apple needs to improve. Its older brother for laptop and desktop systems, OS X, is also crying out for a number of important changes that do shine. Some come from afar while others have become more evident with the jump to Mountain Lion . Apple Will it give us next year a joy with Lynx (or whatever they call the next version)?

Mac OS X includes support for read-only partitions formatted with Microsoft file system since version 10.3, but even today we depend on third-party tools to enable writing in these volumes. Not that this is a problem we face every day, but considering how much Apple boasts of making life easier for the user, it is ridiculous that the gates of 2013 OS X still not be fully compatible with NTFS .

Fortunately we have free solutions as FUSE and driver NTFS -3G but again, it should be something standard if only to attract more Windows users to make the leap. When a friend brings her home external hard drive, connect it to my Mac and see that does not work, I have to download “a rare thing”, install and reboot, you might first go through your head will not “Wow . I want to do that. My next computer will be a Mac “ . 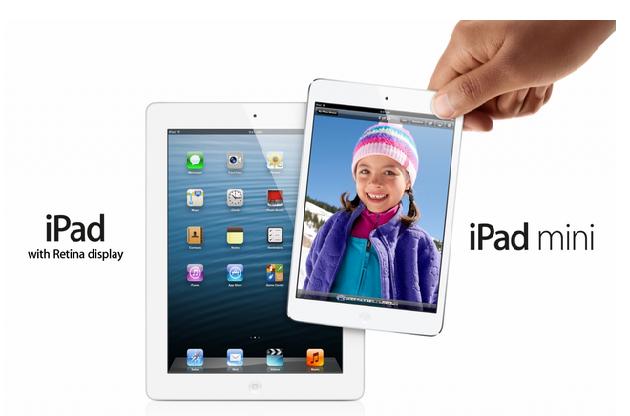 I always thought that this newness of Lion was the first step of a silent transition to a next version of OS X with native support for multi-touch screens, similar to what Microsoft intends to do with Windows 8, but in a more practical: a same application, two ways to work with each absolutely optimized input methods lifelong (keyboard and mouse) and the other with a redesigned interface for our fingers.

But what I think the future has nothing to do with the present and the shortcomings full screen mode brings out sometimes. And although the experience in the MacBook Air is excellent and applications like Mail really good use of space, see a website with Safari (or Chrome and company) in a 27-inch iMac and discover that you are throwing away 60% screen makes you feel ridiculous . 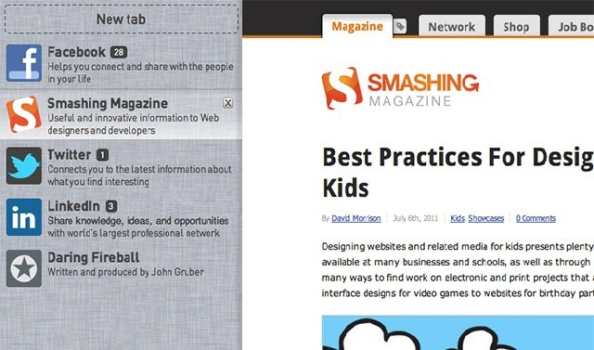 Other applications have the same problem, but given the time we spend in front of the browser and the competition between them, do not understand how it is that none has tried to distance himself even with a full screen mode that takes advantage of lateral space to display other pages you have open in tabs (first image), relocate the address bar and tabs in a list to one side (second image, taken from this interesting article on the subject ) or a combination of both ideas.

You may like more or less what Microsoft is doing with Windows 8, but certainly not be denied that supposed evolution Windows 7 and courage (rightly or wrongly) have shown that the time to break with the past in latest version. The mosaics or lock screen is a good example of this, and offer some interesting features such as dynamic icons or notifications (perfect pass we check our emails without introducing new password).

Special mention also for Snap Windows 7 , thanks to which you can drag a window to one side of the desktop to expand it to fill exactly half the screen. They are small ideas that improve the daily use of computer, little ideas that we used to see first Mac OS X, now a little behind after the company’s new priority: iOS, the operating system for mobile devices.

I can think of many small details that need improvement and major developments that could restore the prominence. From enable more widgets in the Notifications Center and find a clearer way to display notifications like birthdays repeat (the text is often cut) to bring iOS integration to a new level through a system to better manage Launchpad or at least , avoid filling up of tools and “junk apps” we have to keep in the system but do not ever use.

On the issue of integration with iOS believe that downloading could do great things in the system and not many tasks iTunes sync and transfer documents directly on the desktop showing the icon of your iPod touch, iPhone or iPad to connect (via USB or Wi-Fi) with folders accessible by the user and direct access to their libraries of photos, videos and music.

Although OS X boasts of being the most advanced operating system in the world, the last full version supported by the OpenGL 2.3 is still published, attentive, in August 2009 . The next version, 3.3, is only supported by 30% while the fourth and final version is at 0%. To give you an idea, version 4.1 was released by the Khronos Group in 2010 to catch up with Microsoft DirectX 11, so I will not tell what he’s capable of OpenGL 4.3, version August this year .

Microsoft is clearly the role model, always invested in the latest graphics technologies for developers to leave us open-mouthed with games like Crysis 3, Far Cry 3, Black Ops 2, Watch Star Wars Dogs or 1313 among others. Sic. The funny thing is that Apple is one of the promoters of Khronos Group members so you tell me what the point define a API that you will not use.

On the iPad, where the device becomes the app you’re using, the skeumorfismo, i.e. emulate the look of real world objects, makes some sense, but in the Mac’s hard to find someone who is happy with the redesign suffered the calendar or address book. they feel out of place, children and even outdated, and wasted the opportunity to pursue innovative interfaces outside the visual are more versatile for users.

I understand what Apple was trying to do here. The hordes of iPhone users, iPod touch or iPad on Mac would see recognizable elements incite them to make the leap. “Look at that curious, applications of this computer is like my iPad. Is it as easy to use? I’ll buy it! “ Not a bad idea, but a simple switch in the preferences to choose the style you would prefer not hurt anyone.