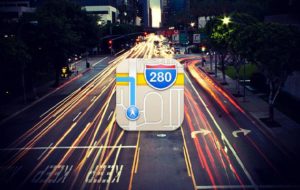 Siri was a novelty in 2011 has suffered the problem of not evolving as quickly as users demand and competition. The problem is quite different in maps. Until iOS 5 application had barely evolved since its first release in 2007 and despite using data from Google Maps Street View and enjoy, lacked such basic functions right in 2012 as the voice navigation.

The new application for iOS Maps 6 lurched to the situation , adding the aforementioned turn navigation, integration with Siri, a spectacular view and beautiful 3D vector maps, but in the process of removing Google from the equation, also resigned from the convenience of using one of the best cartographic databases today.

We will not discuss whether to go to test public opinion before having the homework done was the smart thing or not. What’s done is done. What we will discuss are the five things that Apple needs to improve its image maps for cleaning and prove they can rub shoulders with the best . 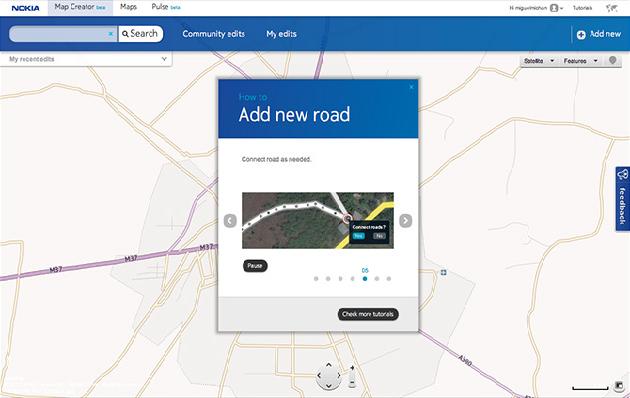 Although in many cities and towns in Europe things are more or less matched (to drink all from the same source, the subsidiary of TomTom, Tele Atlas) and in China it seems that even Apple Maps are ahead in U.S. . and some major capitals errors and outdated data are an undeniable reality . Apple needs to learn the lessons that Google have taken seven years to discover.

The first step is to expand its partnerships and, in the vernacular, “loosen the pasta.” The Google car fleet runs 8 million miles a year, capturing images to view Street View, charting new paths and correcting previous changes . But Apple does not even need to launch their own street cars always find a partner like using Nokia: UPS and FedEx, whose trucks and delivery vans connected by GPS travel more than 5,300 million kilometers generating 12 million scanning points per month. We know that Apple collects information anonymously processed their users, but clearly not enough in the short term.

The second step, and a very important one, is put in the hands of the users tools simple, fast and intuitive not only to report errors , but to edit the maps and help them . Maybe it’s just a matter of engaging fully in OpenStreetMap , or maybe go for your own solution as it does with Google Map Maker or the new Nokia Map Creator . 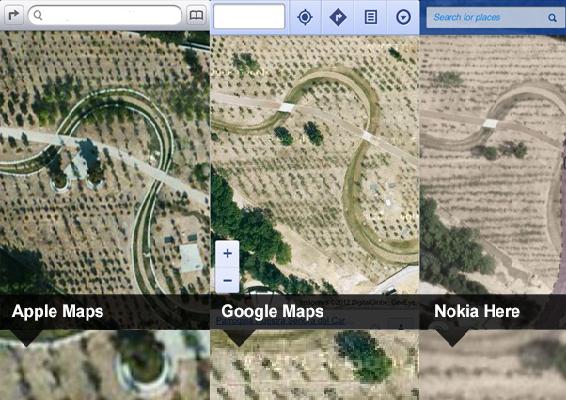 You have certainly heard (or struggled) with the problems in this field: cities completely covered by a thick layer of clouds, low-resolution satellite photographs, poor quality, old, or a combination of the above . Again, without wishing to repeat some of my thoughts in the previous article on Siri , it is unacceptable that Apple has 100,000 million dollars in the bank and do not scratch your pocket to gain high-resolution scanning newest led out by the company concerned.

The panorama of cities mapped in 3D from airplane and helicopter for Flyover view are at the other end of the scale, with a level of detail palpably superior to the competition and the lure of being able to change the perspective at will. My only two drawbacks: you are missing an aerial photograph flat while images are loaded 3D (the 3D view in low resolution is the less … weird), and greater coverage of cities (and natural landscapes). I know it’s something that will take time and that are being extended all the months , but I wish Apple would be more decisive and transparent about progress. Due to lack of resources will not.

Although the current application and includes maps of “accidentally” something like an off-line mode by operating its cache and how little they occupy their vector maps, just look at the competition to see that this option is a must have fledged.

Just last week I returned from a trip to Paris in the maps that I used all the time iOS 6 to orient and move like a local in its streets. He came to the hotel, I connected to Wi-Fi, I moved through the areas of the city that he would go and voila, there they were the next day without spending a euro roaming . I want the same, but automatic as an option when you click on the name of a city. 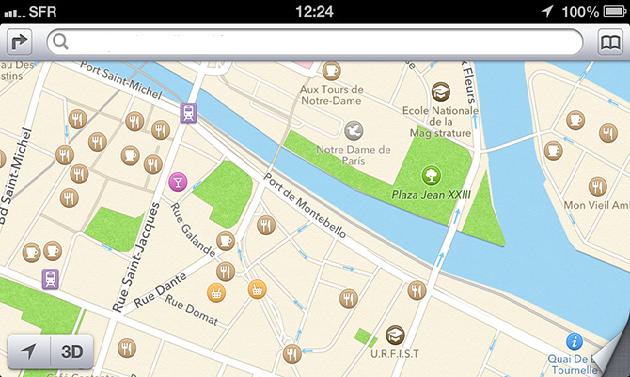 Google also accepts user contributions, but not located on the map until they are verified, either by its own staff or by the owner of the business (a process that includes sending a postcard to the address specified with a validation code). That is the way to proceed.

On the issue of public transport , the situation is not as dramatic as it has been painted, existing information on the status of stations and opening the door for third parties to integrate their own applications (although in a somewhat hidden, with the bus icon in directions). And still be improved, why not really integrate those third party applications on the Maps app as a kind of plugins and not the other?Nobody like Renfe, Metro de Madrid or Barcelona Metro (to name a few) to provide their data, but that’s what I want, your data, not your user interface.

I left for the end of something that should be the least of Apple’s concerns until solve the above problems but I hope is the greatest benefit that users finally obtain medium and long term to Apple’s entry into the world of maps: an outbreak of new ideas and a new twist to the old.

Starting with a required web version accessible from any computer that dares to be different (as the summary page of Nokia Here ) with which to increase their user base and streamline management of bookmarks, and ending with his own proposal for Street View (if Nokia can, thanks to the acquisition of Earthmine , why not Apple?) perhaps combining street-level views with 3D aerial views into a whole.

Voice guidance for walking routes, integration of social functions, display on the map of our photos geo-located (and, connected with this, of our friends), route planning … The possibilities are endless. But first things first .