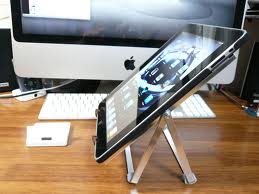 Tomorrow is the day of ‘ iPad 3 (or ” iPad HD “), expected for some time and indicated already by many as the new success of the Cupertino company. To confirm the goodness of these assumptions leads to a survey conducted by PriceGrabbe on a sample of approximately 2000, when questioned about the possible purchase of the upcoming Apple tablet.

The response from this survey is quite clear: A user of two is considering the purchase of an iPad 3 .

Approximately 50% of respondents have in fact shown how they intend to purchase the device, or are seriously considering doing so as soon as possible. Potential buyers, about 42% already have an iPad 2 , a sign that even those who have previously purchased the second edition of the devices already intend to move to the new version when it will dawn on store shelves around the world. In this evaluation has obviously preponderant strong loyalty Apple users, often ready to embark on a new adventure for the sake of the brand and the trust rate of innovation in the company.

Not everyone, however, will buy immediately: only 11% of the sample willing to purchase the iPad 3 has stressed to want to bear in the nearest store to launch next week, while 39% will lead to home the device by the end of 2012. The latter then comes on the eve of the presentation in the best way, with users waiting for the presentation to try to bring home the first units available.

Track : The Next Web