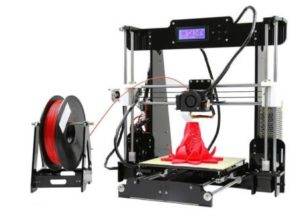 The study conducted by scientists on the risks associated with the use of 3D printers is not really reassuring. Indeed, these last would be harmful for the health, more particularly for the lungs. Involved, nanoparticles that are rejected. 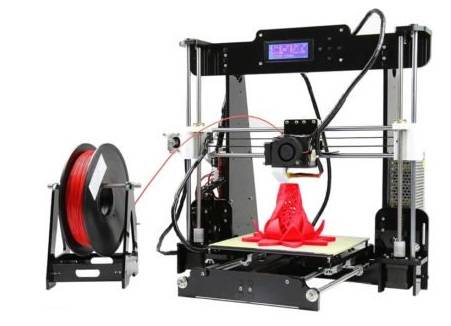 A bad ad for 3D printers , researchers at the Georgia Institute of Technology and UL Chemical Safety have shown that the latter, still underdeveloped, are harmful to health. It is the nanoparticles of plastic released in the air which are in question.

The study was published in April in the journal Aerosol Science and Technology . Scientists have concluded after two years of research that ” many desktop 3D printers emit ultrafine particles during their operation .”

These particles, which are measured in nanometers, are breathable in the air, but what is most worrying is that once they reach the lungs, they settle there for life. What to seriously worry about the impact of a 3D printer in everyday life. And this is not the only lesson to be learned from this study.

What alternatives and solutions to the risks associated with 3D printers?

All research conducted on 3D printers converge in the same direction: 3D printers are harmful to health, regardless of the model chosen. There is no difference between a high-end printer and a more accessible printer.

On the other hand, the chosen printer model can have an impact on the quantity of nano particles emitted. Criteria such as type of tip, type of filament can play. But that does not seem fatal, as Georgia Tech researchers believe that risk can be reduced.

For this, it is better to move away from printers at the time of printing. Similarly, it is better to place the machines in ventilated rooms, and to set the printing temperature as low as possible. Rodney Weber, one of the authors of the study, says that if you stick to these guidelines, the risks are very limited.

Are you using 3D Printers in your home , university or office?