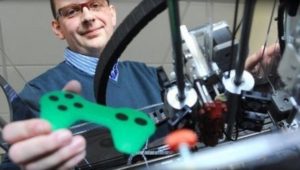 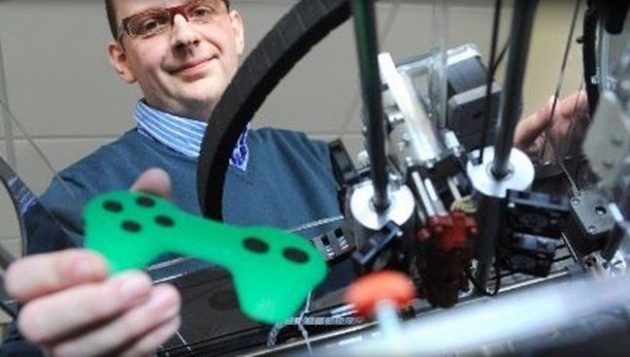 A week ago we reported that World`s First Cancer Drug Created Through a 3D Printer.If the characters were moving through a Gutenberg revolution for the press as might happen in the future, thanks to the “carbomorph.” This is a new material under study at the University of Warwick which seems to promise well for one of the most interesting applications in future perspective. According to the researchers, in fact, this material could be used to print out at home electronic gadgets of all kinds  from the circuitry to the exterior trim.

In university laboratories were then conducted a series of experiments that provided for the time being particularly interesting results. means of a simple 3D printer , not very expensive and mainly geared towards the enthusiast market rather than a professional user. It will possible to print a video game controller in its entirety , proceeding to its composition layer by layer starting from a three-dimensional model to the PC.

Through this material may then be possible to print out at home any gadget, even with touch interfaces, with the ability to create surfaces sensitive to touch. For the moment have been made relatively simple structures, building objects functioning not overly complex: the next step as the researchers point, is the realization of a system able to realize more complicated objects, starting from the connecting cables necessary for the use of these devices in real environments.

Each component is then printed through the 3D printer, allowing them to make electronic gadgets of all kinds: from tablet to remote controls, from MP3 players to smartphones, coming up to larger objects such as television sets.Simon Leigh, head of the team conducting the research, however, he has pointed out that this scenario, the potential to represent the reality of the future, today is still a long way: the technologies developed in laboratories in the short term.

3D printer could provide an important aid in teaching and lending only in the future production of gadgets for personal use.

What Do you like to print (First of all) with 3D printer ?