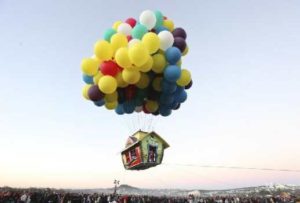 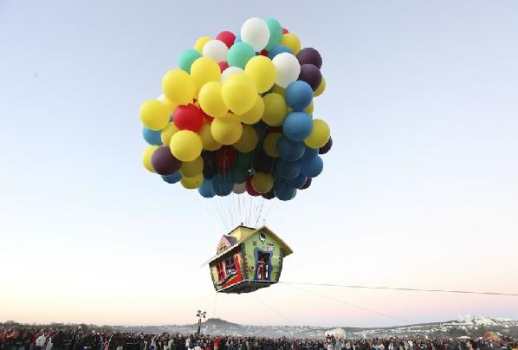 When we saw UP , the animated Pixar , we all marveled at the movie theater and definitely fascinated us most was the house floating by helium balloons. Jonathan Trappe , an aeronaut 38, specializes in creating balloons … well supported by many small balloons instead of one huge, was inspired  and decided to recreate the house to make it float really and he did it. 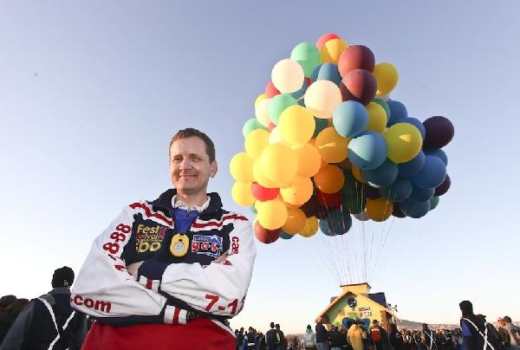 Using 365 balloons, this hollow house specially designed lightweight materials, launched its successful flight during the International Balloon Festival held in the city of Leon, in the state of Guanajuato, Mexico , this past weekend. 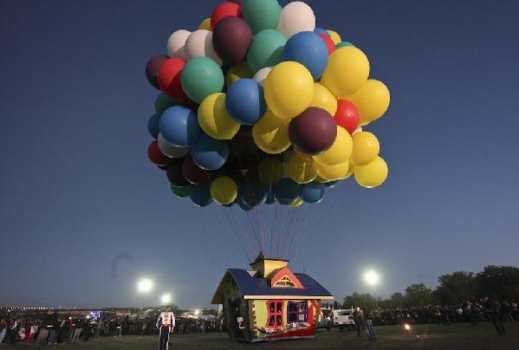 And after this  Jonathan is doing preparation for a larger project that this madman is determined to cross the Atlantic Ocean riding that thing, and what he did a few days ago was just a test back. That journey of over 4000 kilometers across the sea must establish some kind of record epic because the  challenge seems almost impossible, but we just seemed that the idea of building a house with helium balloons float … 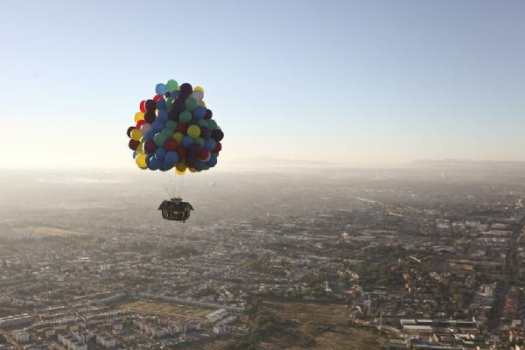 It is estimated that the event in Guanajuato attended by over 300,000 people , over four days, where they could see balloons in different shapes and designs, but the one who stole the eyes and sighs of all was the Jonathan Trappe.