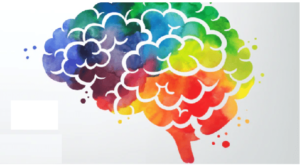 Why do so many companies have blue logos besides Twitter and PayPal? We take a look at the psychology of color and explain what is behind it.

Colors influence us in our everyday life more than we are probably aware of. As subtexts, they provide important, further information and explanations on (linguistic) content. What is the deep red color of our blood on a very physical level, which signals danger in the form of an injury.  Green is the friendly tones of Whatsapp or Spotify on a market economy level, which should give us a feeling of calm and balance. Facebook , Twitter, Samsung, VW, IBM and others, on the other hand, should arouse longing with their blue logos and point them into the distance (and thus the future). In addition, the color stands for a certain neutrality and is often the lowest common denominator. After all, it also contains the supposedly most popular color in the world not a small proportion of blue.

Colors can even manipulate us

Because what we perceive at first glance is always processed intuitively and only then do evaluative feelings and thoughts follow. That’s why we wonder. For example, if a swimming pool has a green logo instead of the blue that we associate with clear water. In some cases, a color brand becomes so strong that it virtually becomes independent.The nuance alone is sufficient to create the association with the company. Telecom is a very good example here, but Nivea with the well-known combination of dark blue and white or Coca-Colas red has managed to secure its place in our consciousness.

The color scheme that a brand chooses and integrates into its corporate identity should draw attention to itself and arouse certain feelings and associations. Conveniently, these attributions are only dependent on the nationality or cultural background of the viewer in a few exceptional cases. Due to the ever stronger networking of all continents with each other, an additional general adjustment takes place, so that colors develop into a kind of world language. Certain statements about color properties can be worked out. For example, pastel and crayon tones are more popular than cloudy or dirty colors – hardly surprising, since a logo should catch the eye and catch our eye.

Our picture gallery provides you with logo examples, interesting facts and more about the most important colors.

Basically, there is no reason not to use more than one color in the logo. But don’t overdo it. Designers therefore like to use the so-called 60-30-10 rule when designing: three matching colors are used in a ratio of 60:30:10 . The main color is “supported” by up to two other colors, which play a significantly smaller role in our perception. In many cases, we therefore associate only one color with a company: magenta for Telekom, blue for Facebook ( even if the company is now breaking new ground depending on the platform ), green for Whatsapp and so on. Gray design elements or white spaces hardly remain in our memory.

colors have their own language

For a company, when choosing the color language, it is therefore not absolutely essential that the logo looks “beautiful” or stands out as much as possible from that of the competitor.It should also be about which values you want to convey. In case of doubt, the following also applies here: less is more. Of course, no company wants to “only” be reliable if it can also be high-quality, innovative, resource-saving, inexpensive and friendly. At the same time, too many additional factors or properties also water down the overall picture. With our reliable, high-quality, innovative, resource-saving, inexpensive and friendly company, who can say which property should be the central one? And what are the first two again?

Rules are there to be broken

But it can also be worthwhile to break with certain rules. Google, for example, has four colors in the logo. According to legend, they come from the Lego bricks with which the founders used to build computer housings. If you think a little further, you can open up other (interpretative) possibilities. On the one hand, the logo is very neutral despite, or perhaps because of, the four different colors, because it does not commit itself in a certain (color) direction. At the same time, the four colors also contain and unite many different aspects – which reflects Google’s large number of business models as well as the wide range of search results that the company promises us – of course, absolutely neutral! – delivers.

Of course, color psychology is not the only basis on which one can deal with logo design and CI. Sometimes there are very specific occasions that force a reorientation – the logo of the predecessor of the petrol station chain Aral. For example, it was originally in black and yellow. Until 1927 black and yellow traffic signs were introduced in Germany and the company switched to blue and white. But current trends and developments also always play a role and can lead to changes – now and then the time is just ripe for an update .