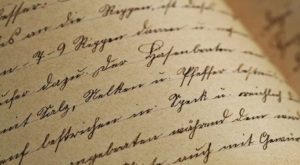 Many of us want to find a method or trick to memorize notes, instructions, or important information quickly or with greater ease. This desire is very generally found among university students where the number of information and lessons to be learned is titanic.

Scientists at the Royal Melbourne Institute of Technology (RMIT) in Australia have created a new font. It is specifically designed do that it strengthen memory. If before, this quality was attributed to the police Helvetica, now the police in vogue is Sans Forgetica .

The researchers developed this font based on the principles of cognitive psychology. By using it, you will have to memorize more easily the text in front of your eyes.

The Sans Forgetica font is a sans serif font. It has two specificities. The first is that, it is slightly inclined to the left with a trend that is found very rarely in typography. The second has several holes.

Apparently, these holes would aim to push your brain to use a deeper cognitive treatment. These holes make reading the notes more difficult. Words written with this font will catch your attention longer and, as a result, your memory will also hold them longer.

The academics created this font in collaboration with the RMIT School of Design and Behavioral Business and the creative agency Naked. The researchers first exposed 400 students to several kinds of fonts. Then, it turned out that it is Sans Forgetica who has the most boosted their memory.

Without Forgetica has best helped the memory because it did not sufficiently respect the design principles without becoming too illegible.

According to the founding member of the Behavior Business Lab, Dr. Janneke Blijlevens, the usefulness of fonts goes beyond academic walls and can help people memorize important information from their daily lives.