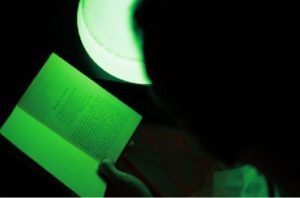 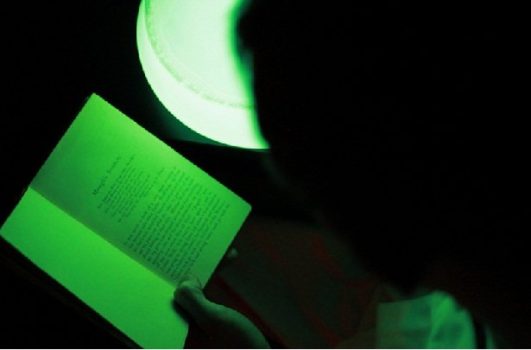 Create bioluminescent plants that function as “lamps” in our cities could be a reality in less time than we think.Thanks to an initiative on Kickstarter , scientists seek to replace the medium to long-term illumination obtained from electricity consumption for a much more efficient system would be based on synthetic biology, genetic engineering and biotechnology.

All living things stored in your DNA the genetic instructions necessary for their development. The set of genes of a given organism we call genome, and for about forty years, we are able to manipulate thegenome of different living things in a controlled manner in the laboratory, through the techniques of genetic engineering and advances in biotechnology. Genetic modification has been doing it for thousands years by uncontrolled techniques, such as self-selection of certain crops or stocks fundamental to agriculture and livestock.

The proposal now raised Kickstarter equipment Amirav-Drory, Evans and Taylor is based on genetic engineering techniques, which incorporate advances in synthetic biology itself. To do this, knowing that there is a type of bacteria can be fluorescent, called Vibrio fischeri , ‘cousin’ of the causative organism of cholera, previous research identified which genes might be of interest. And described a particular part of the genome of the bacteria as a part of interest to be used as a tool to genetically manipulate the plants subsequent form.

The project is based on work previously promoted at the University of Cambridge. One of the pioneers of this initiative prior comments in his blog whether it would be feasible to develop bioluminescent plants, in other words, be able to plant genetically modified to glow without electricity.

Although the author of this entry is skeptical about the idea of Americans, yes it is surprised and started work for the fantastic inspiration and dissemination of the project, to have achieved by now the not inconsiderable figure of 258,000 pounds, instead of the 65,000 originally planned. A good example of that part of society interested in science, and that these initiatives can help democratize partly scientific projects .

If the work finally goes ahead, as at first appears, the team will focus first on obtaining a fluorescent plantArabidopsis thaliana . For more funding achieved, work to develop sparkling rose. Although the initiative is based on a 1986 work to create a fluorescent plant , the truth is that it was not until 2010 (and using snuff) when confirmed scientific results that would cause a revolution in plant biotechnology, which continues now.

These two plants ( Arabidopsis plant and snuff) have been used due to its easy handling by genetic engineering techniques and synthetic biology. To do this, in addition to routine laboratory techniques in Kickstarter proposal also pose specific use software known as Genome Compiler . The genes required for bioluminescence would be put first in a bacterium known as Agrobacterium , which would then be responsible for transforming the plant species and thus get bioluminescent plants.

Advances in biology puedem solve major problems of modern society, as do large power consumption and reduce CO2 emissions and thus combat climate change. Therefore, this initiative aims to completely revolutionize science and modern technology. Although as stated in the blog that we cited earlier, it is likely that plants designed and created now have a low fluorescence level to serve as lighting tools. It will take more years to reach fruition, but this is certainly a great start.

The Evolution of Mobile Phones by Kyle Bean

42% Potential Buyers of iPad 3, Already have an iPad 2