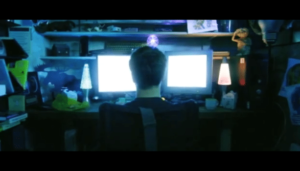 1.6 million people have seen images in just a few days after their publication.

If you love Google Chrome or Mozilla Firefox necessary to switch to Internet Explorer 🙂 At least so say those who have seen this video on the Internet.

On November 29, when it was published, until now, the video was watched by over 1.6 million users. Worth to watch until the end: