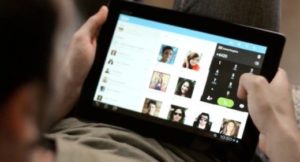 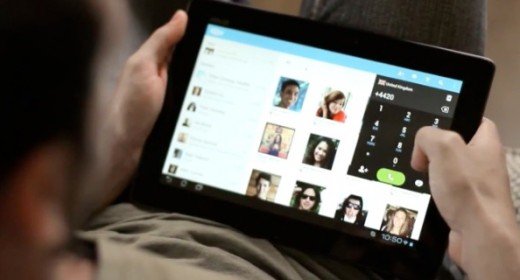 Skype gives a nod to the owners of tablet based on Android operating system: the company, which has become over the last few months owned by Microsoft, has announced the availability of version 3.0 of what is the world’s most used VoIP client to ‘ inside the store Google Play. Main novelty of this edition of the app is, in fact, full compatibility with digital tablets animated by the green robot in Mountain View.

The graphical user interface of Skype for Android has therefore been revised in the light of the increased availability of space on the display surface, optimizing the various menus that make it up in order to make the whole app easier to use. Also revised the organization of the various components in the main window, with the appearance of a side board that constantly displays the most recent calls made ??as well as the list of contacts in your account. In general, then, the aesthetic factor has played its part in the design choices of the developers, with some improvements to make it more pleasant interface.

The changes in this edition of the app Skype for Android also involve technical aspects such as the quality of the video , much better than in the past, thanks to the use of the standard SILK audio compression. This can also login using your account credentials Microsoft , as a result of the decision by the group to abandon the project in favor of Live Messenger Skype.

Skype 3.0 for Android is available in Google Play for free, requires a version equal to or higher than the 2.1 operating system developed by Google and a processor of at least 800 MHz in order to function at its best.