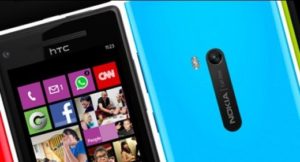 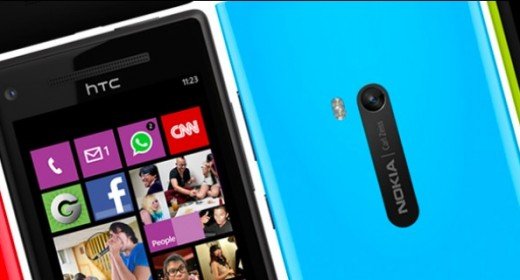 Microsoft has officially removed the veil from Windows Phone 8 : 10 am in the USA, 18 in Italy, the Redmond company opened the presentation of the new operating system thanks to Joe Belfiore, who entertained the audience by introducing the all new coming up with this edition of the platform. News that cover a broad range of sectors and which make Windows Phone 8 operating environment for smartphone even more complete and efficient.

The graphical user interface of Windows Phone 8 is similar to that of its predecessor while introducing some new features worth mentioning. This is the case for example of the Live Tile , which are not allow to have smaller icons on the main screen but offer the opportunity to better customize the interface according to what your needs are.

The Lockscreen of Windows Phone 8 will be more interactive than ever before and will be animated by content from the app, or rather by Live Apps: from photos to notification, through other types of content, the user will have full control of the information shown on the lock screen so as to quickly access the most frequently desired. Then you can for example display a collage of photos from Facebook, as well as the results of their favorite team or the chirping coming from the Twitter stream linked to your account.

This will be possible thanks to the new Live Apps , a concept introduced by Microsoft with this edition of the operating system that allows multiple app to complement each other or to integrate well with the operating system. A Giovanni will be the user experience for the user, which will have new features available and more control over their content.

Skype , which was acquired last year by Microsoft, see the entrance on the scene of a new version of the app most sought VoIP in the world. The app in this new edition is always active, allowing you to receive messages and calls while in the background, without affecting battery life too. In addition, the app is generally more integrated with the operating system to demonstrate commitment to the hard work by developers in Redmond to make Skype the Microsoft ecosystem.

A new feature introduced by developers in dealing with the data traffic. Christened Date Sense , this function will be integrated with a special license plate Microsoft cloud infrastructure that will compress as much as possible the content requested by users during navigation, making it possible to minimize the consumption data. To get an overview of the amount of traffic used, then the operating system will feature a variety of information relating to the consumption of each app , allowing you to identify those most in need in this regard.

With Windows Phone 8 will also make it easy to find the Wi-Fi hotspot nearest to your location, allowing them to access the web without any problem in terms of traffic data available.

Increasingly, children are interested in the technology and parents often allow them to access it by taking advantage of their devices. As often happens, however, that unintentionally send SMS, initiate browsing sessions that consume traffic or make starting a call: for this reason, Microsoft has made ??Kid’s Corner , a real safe place in Windows Phone 8 which will allow children to use all the games you want without any risk. Kid’s Corner can be managed through a traditional setting menu, Windows Phone and allows you to select individual functions to be activated during use by children.

Rooms is a new feature that peeps in the People Hub for easier contact management: Each room can be populated from certain contacts, so you can organize them by categories. This will make it possible for example to share information with all the contacts in a room (its position, an event in the calendar, text message, etc.).This tool is also beyond the only Windows Phone, it is possible an almost complete integration of functions available with other operating systems such as Android and iOS.

During the presentation were then announced several new applications arriving on the platform. From Temple Run, the popular game that has depopulated in iOS and Android first then, Jetpack, another title particularly appreciated by users, via Pandora, with a year of music available to users without advertising, and many other apps that will allow Windows Phone 8 to boast 46 of the 50 most downloaded app in other environments. Coming addition, several app updates, so as to embrace the paradigm of Live Apps and integrate well with the new edition of the platform. To date, the store can count on over 120,000 apps , and the number continues to grow.

The arrival of Windows Phone 8 is strongly linked to the launch of new smartphones, not being able to update to the terminals on the market. In this sense, Steve Ballmer promised new early as next weekend, with HTC, Samsung and Nokia ready to market new solutions especially in the U.S.. The distribution will then continue during the month of November, with new countries will be affected by the first wave of Windows Phone 8. The dispatch of the Terminal shopping has already started and the same Ballmer has already declared open the era of the new operating system dedicated to the world of smartphones.