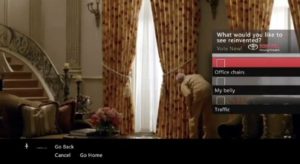 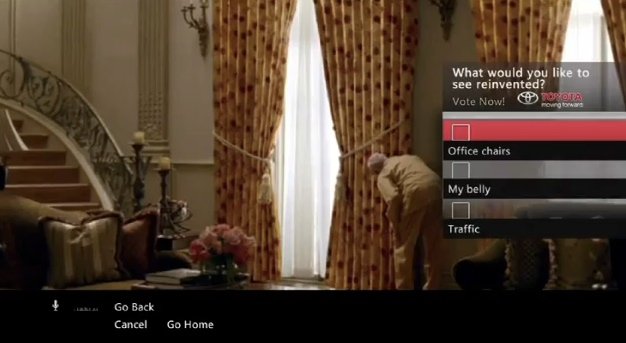 I have clear that whoever is doing better in the race to put his team as the center of home entertainment is Microsoft with its Xbox 360.

It is taking users no longer have to go through the equipment or programming to traditional TV viewing time, access to social networks or have video on demand. Logic is that it wants to cash in and get it already has his platform list NUads interactive ads , which have already sold to brands like Toyota, Unilever and Samsung Mobile USA .

These companies will launch a fall from the first interactive campaigns for Microsoft’s console, where Kinect will star in allowing us to interact with the ads via gestures and voice. These gestures serve for active responses of consumers, but also facilitate sharing them via social networks in a straightforward manner.

Below is a sample of the appearance and capabilities of the Microsoft platform.