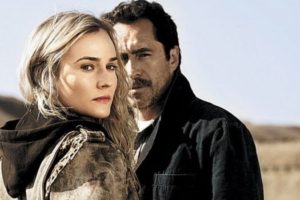 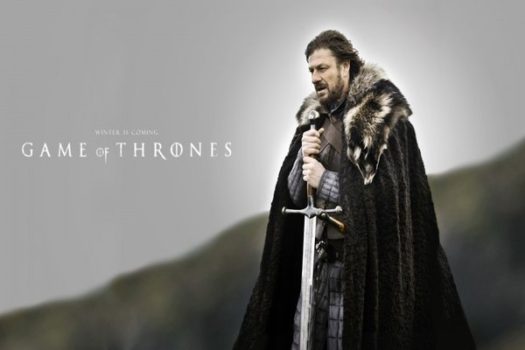 we have one catalog of  giant and full of jewels and masterpiece Television  Series that tell us stories we’ll remember all our lives, filled with unique and colorful characters with whom we can identify in many ways no matter who are serial murderers or drug traffickers.

Best of all, this wonderful time television comes from the hand of the Internet and its great benefits, not only have good series, we are able to see them whenever we want, marathon, on a TV, PC, in tablet , and even on smartphones . And we have to wait for them to repeat them again, is the paradise of television lover come true .

I’ve always been addicted to TV, since childhood, my mother worked all day and say that my favorite babysitter was television, grow, study, have a job and a social life has not changed at all my taste for a good program , and although I hardly ever watch TV IN TV, now I see more TV than ever. Although there are many great series I follow, and many that I have on the list to see, I came to collect 10 of the best I’ve seen in recent years , incredibly well done, and anyone who loves the TV should see to that time to find a new addiction. 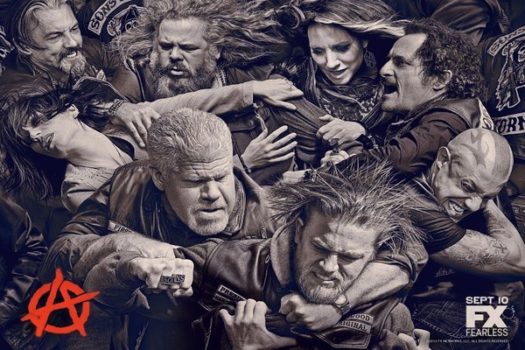 The masterpiece of the most sadistic of the earth. Kurt Sutter Sons of Anarchy is an incredibly sexy blond beardless looks like the kind of Pacific Rim, trying to find a balance in his life in a motor club / criminal / types with the worst luck in the world. To say that bad things happen in SoA is never a spoiler, because bad things happen all the time. It is said that the series is inspired by Hamlet, so it’s tremendous tragedy. It is a terrible and incredibly good series that makes you feel bad in all chapters and still can not stop watching.

Sons of Anarchy has characters you care about, violence, hate characters, some plot twists that leave you with your jaw on the floor, violence, sex, violence, more black humor, violence, great performances and violence. 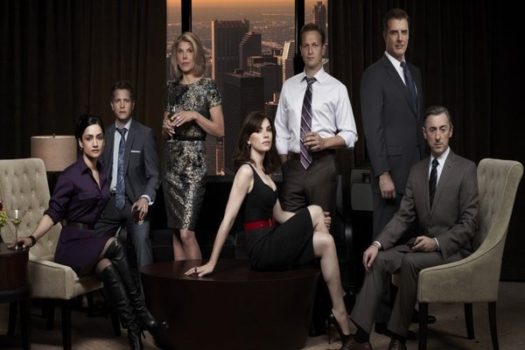 A series that more people should definitely see, many will flee because the name makes you think of a Desperate Housewives in the world of Ally McBeal. But nothing could be further from the truth, The Good Wife marks the return of Juliana Margulies to television, with one of the best female characters that have ever created.

The Good Wife is one of the best lawyers in the world series, it is an excellent drama with some of the most memorable characters you’re going to get on TV. And some of the most brilliant cases full of fan service for nerds. I find it funny as the first time I heard something about Bitcoins was in The Good Wife, makes more than a year. Writers are incredibly stuck today’s digital world, the series has its own Google, Faceebook, Reddit, Steve Jobs and Mark Zukerberg, a parody which flawlessly, and with a number of guest stars that leave the bar high for the rest of the TV.

Orange is the New Black 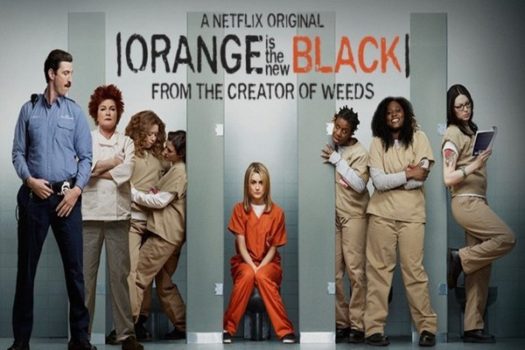 The most successful series of Netflix last year, Orange is the New Black is one of those gems of television who spend little, but when they can not miss. OITNB is the true story (relatively) Piper Chapman, a woman who is sentenced to prison for a crime he committed more than a decade, and for the next 15 months should live his new life in prison, where he meets a number of characters full of history interpreted by one of the casts most impressive I’ve seen in years, a lot of unknown actresses performances of their careers.

OITNB is a series of Jenji Kohan, the creator of Weeds. It is full of black humor, and female criminals as is characteristic of Kohan, but it is vastly superior to the work he did with Weeds. Each character is developed flawlessly, it is difficult to believe they are “secondary”, everyone is able to generate empathy, and stories keep you glued to the TV. If you can see it in more than two days, you have the willpower of a champion. 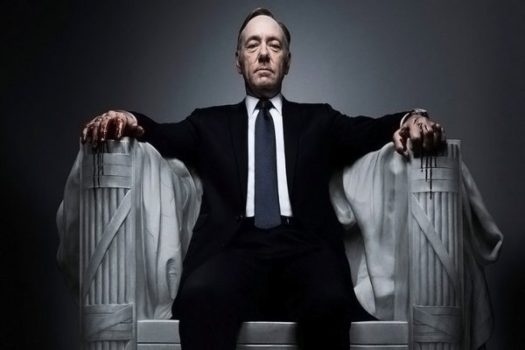 The other giant Netflix this year, House of Cards is the story of the dirtiest political people of the world.The lead character played brilliantly by Kevin Spacey, is a piece of human scum married the last of his shoes, and for some reason you spend the entire series on his side. I love it when a character can be incredibly despicable and yet is so charismatic that a part of you needs to be off the hook, and the other feels bad for support.

House of Cards is a melodrama, has a story that hooks you with some pretty repulsive characters played by awesome actors that leave you wanting more and more. Thanks Netflix to launch full seasons to look like zombies. 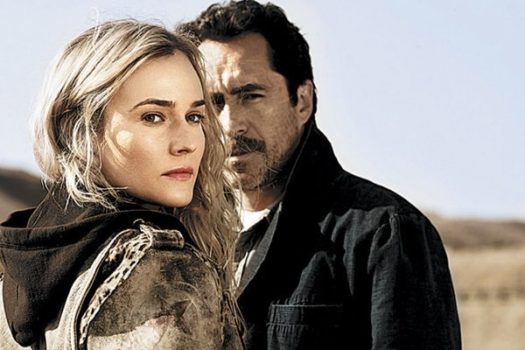 The Bridge is a remake of a Swedish series, which is about two detectives who have to work together to investigate a series of murders that occur at the border between Sweden and Denmark. For the U.S. version, you guessed it, the border between Mexico and the United States. Diane Kruger Sonya Cross plays a detective with Asperger El Paso, and Demian Bichir Marco Ruiz, a detective Chihuaha state, together are the strangest and most chemical couples I’ve seen on TV in a long time.

The series is dark, and points to the horrible reality of the murders of women in Mexico and how little you care when the other side of the border. The plot unfolds slowly, full of twists and mysteries, main characters Marco and Sonya are epic, and what happens to live through them, is what makes you care about the story. 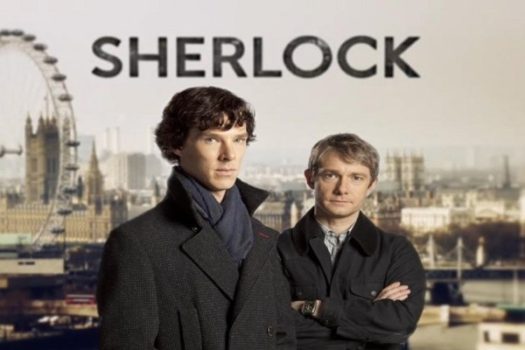 Benedict Cumberbatch and Hobbit, portray Sherlock Holmes and John Watson, in another series based on the stories of Sir Arthur Conan Doyle. Sherlock is a BBC drama that shows Holmes and Watson in a modern England, solving crimes ultra fetched and developing an awkward friendship, funny, tender, and quite gay, we can not get enough.

The third season just finished, each chapter has an average length of film, and each season only has 3 episodes. They are fast and relaxed, the plot goes so fast do not have time to mourn for the fallen of Downton Abbey. It’s a great series, and if you can not get enough of Sherlock , you should also seeElementary , I struggled to decide which of the two included in the list, but the last season of Sherlock won my heart.

Yes, I have found that if people who have not seen Game of Thrones . The mega HBO production based on the books of A Song of Ice and Fire by George RR Martin (lost brother Gabe Newell). It is a series of fantastic and epic television ever created.

I just do not see Game of Thrones should be considered a cardinal sin, almost not included in the list because it should be an unspoken word, if you have a TV, or an internet connection, you see it, period.No no what else to say, other than spoiler alert . Dracarys. 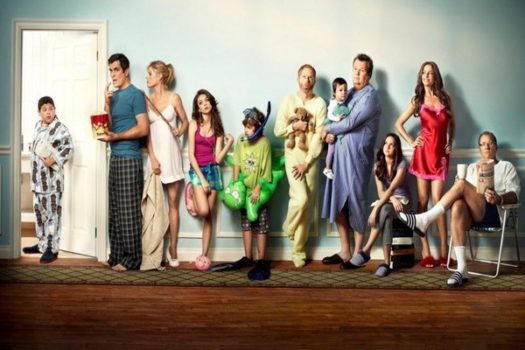 Enter both drama, left a space for one of my favorite comedies of all time. Modern Family series is a relaxed, family comedy that tells the adventures of a very diverse family. It is this series where Sofia Vergara became ultra famous for having a very ridiculous and funny accent.

Comedy Modern Family is good, does not resort to mock anyone or bad taste, plus all its characters are charismatic and enjoyable, it is difficult to choose a favorite because you warm up to them. This series is love, you laugh the first 20 minutes laughing and end up crying last 3. 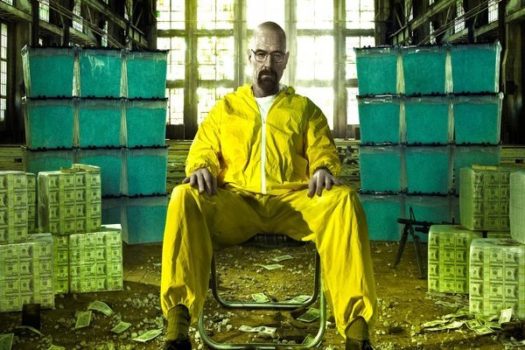 No matter if you are finished, if you write about television must mention Breaking Bad , this masterpiece of Vince Gilligan has two huge things, set the gold standard for conducting television, and prove that Malcom’s dad could be the best actor land. Breaking Bad may be called without any remorse, the best series in history .

The story of a somewhat failed chemist who discovers he has cancer and starts cooking meth to leave money to his family before he died, give rise to discuss the terrible American health care system, and one of the best stories ever created for television. If you have not seen, what the hell are you waiting for?!, And if you saw it, is also a good time to see it again.