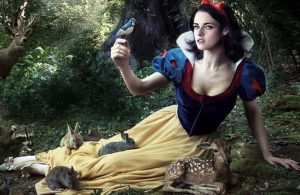 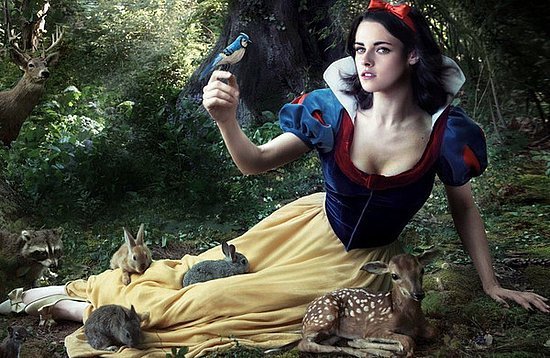 There is very little to start the summer season premiers of USA . Yes, I know we’re still ending March, but the Hollywood summer differs from his own reality. The most accurate, as much as before premiere titles like ‘Battleship’ or ‘The Hunger Games’, would say that the premiere of ‘The Avengers’ next April 27 will begin at the subsequent arrival of blockbusters . One of the first to arrive will be “Snow White and  the huntsman‘ , one of the two versions of the same story that Hollywood will offer this 2012. The other, ‘Snow White’ (‘Mirror Mirror’) by Tarsem, will premiere next week . In mid-November we got the first trailer and several posters and a month later launched the breakthrough new scenes, and recently has appeared the final trailer of the film, which was accompanied by a clip five minutes that continues to be a sort of extended trailer.

Charlize Theron gives life to a despotic queen aim gets murdered a young woman ( Kristen Stewart) designed to surpass it in beauty. This engages a hunter ( Chris Hemsworth , also known as Thor), but this changes his mind after meeting the girl and decides to train her to end the reign of terror of the first. The cast also find a Sam Claffin as the prince who falls for the protagonist and Ian McShane, Bob Hoskins, Ray Winstone, Toby Jones, Eddie Marsan, Johnny Harris and Nick Frost as the seven dwarfs. Universal has spent nearly $ 200 million in this film directed by newcomer Rupert Sanders, hopefully something really notice when we see it.

What is clear is that this movie will be very different from ‘Snow White’ by Tarsem, so should not complain because they will tell the same thing, because where that seems to opt for a more colorful and absurd, ‘Snow White and the legend of the hunter ‘opts for an overdose of epic, as if to bring the traditional story into something similar to’ The Lord of the Rings’. On June 1 we can see if they’ve done well or not.