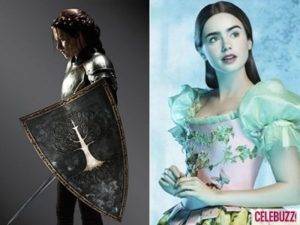 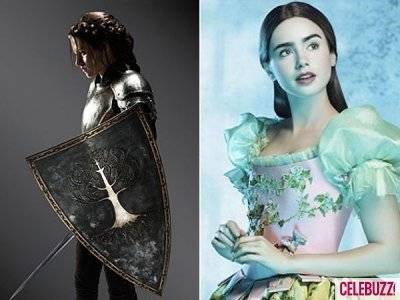 In March 2012 lovers of fairy tales and unusual stories will be something unique to see.  Kristen Stewart and  Lily Collins both will be seen as Snow White in next year.

The fact is that next spring we are  waiting for several interesting movies, two of which are known screen adaptations of tales of Snow White and the Seven Dwarfs.

The first film will be called “Snow White and the Huntsman,” and starred in it will play Kristen Stewart and Charlize Theron.Trailer of this unusual adaptation , we could already see the beginning of this week.

And the second movie about Snow White  named “mirror mirror ” with Julia Roberts and Lily Collins  until now boasted a vibrant promotional images , where the main characters are brought before us in all its glory.The other day on the internet and finally have a trailer of this tale, and we can safely say that the film promises to be very cheerful. And Julia Roberts is inimitable in the role of wicked stepmother.

Snow White and The Huntsman or Mirror Mirror witch movie  you will like the most? The both snow whites are looking very beautiful but who will be better will Kristen Stewart or Lilly Collins be your Snow White? And will Charlize Theron or Julia Roberts be your Evil Queen? Plus which seven dwarves would you rather go off to work with? Enjoy Snow White and the Huntsman and Mirror Mirror in 2012!

Photobulk Places a Watermark on Your Photos Quickly