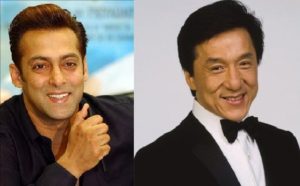 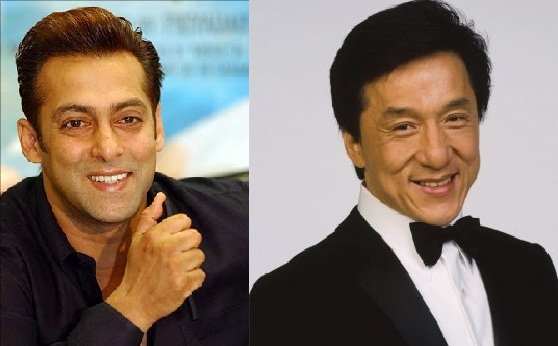 Reports are  that Salman Khan is very much interested  to do a film with Jackie Chan and talks are in progress.

Aascar Ravichandran, a South filmmaker, is planning a  film with salman Khan and Jacki Chan and this upcoming film will have a full on action . He also  revealed that he plans to come out with a sequel to the Jackie Chan superhit, ‘Armour of God’.

For us the most interesting part of the filmmaker’s plan is, including Salman Khan in the film, alongside Jackie Chan because it will be a fun to see them together in action. Ravichandran is also likely to add a young south superstar to the star cast and most probably, it will be Surya.

We hear that the film will be made on a huge budget of Rs. 400 crore. If true, it would be the most expensive film to be produced in India ever.

Ravichandran confirmed that he is currently in talks with Salman Khan for this project and he is all set to do the  film .