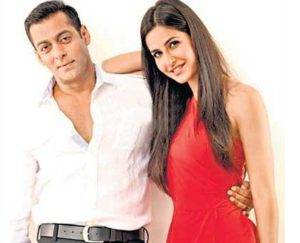 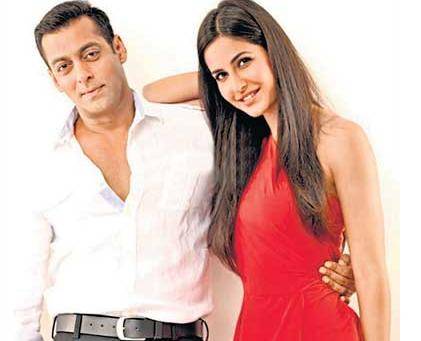 Katrina Kaif  after many year finally admited  in an interview that she have dated Salman Khan in the past. Salman is the man who , in his film Maine Pyaar Kyun Kiya had given her a big break in Bollywood. They both will be back again together in upcoming romantic thriller movie Ek Tha Tiger but the coupleis not in love any more in there real life infect Katrina calls herself a ‘hopeless romantic’ person at heart.

I think what you learn from relationships is that they are unpredictable. Right now, I am single and I believe that you cannot control or predict these things. I am also a hopeless romantic person at heart. Love should be all about giving and trusting

It was already believed that Salman Khan has a  over possessive nature and that was the reason behind  the break-up of this beautiful couple.

Now, Kats has also admited that  Salman Khan has very  possessive nature which  brought their beautiful relationship to a halt.

When She was seen romancing with the Ranbir Kapoor in  Ajab Prem Ki Ghazab Kahani and Rajneeti. her boy friend salman did not like it however she always denied about any relationship with ranbir. The magazine quoted the actor as saying,

As far as rumours of dating Ranbir , we did two films that worked well for both of us

She also reveals that she was fed up with dominating attitude of salman every time  when she  was linked to her co-stars, Salman would make it a big issue and create a scene  so she her self  ended the relationship. But  she maintains that  she share a great friendship with Salman khan and  he will always remain dear to her .