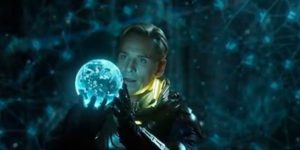 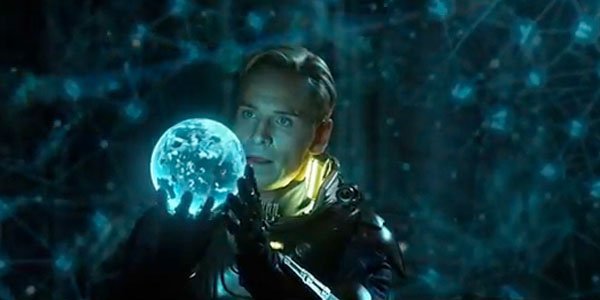 We have here the amazing trailer of one of the most anticipated movies of the year, ‘Prometheus’ , the new Ridley Scott , his return to the genre of science fiction thirty years after ‘Blade Runner’. Recall that the project originated and was billed as a prequel to ‘Alien’ but later the English director and studio 20th Century Fox changed their strategy and began to sell the idea that they had changed course to offer the public a full history original, which still had traces of ‘Alien’. What we saw in the teaser trailer and what we see now in the final trailer confirmed that ‘Prometheus’ is indeed a prequel. It may not be directly, connecting the end with the beginning of the original film, as happened with ‘The Thing (The Thing)’ (1982, 2011), but it is clear that Scott’s new job in the universe of ‘Alien’ and clarifies that were puzzling situations in the film of 1979. Do you have least interest? Depend on each one, I guess, I’m looking forward to see it anyway.

Damon Lindelof and Jon Spaihts signed script Prometheus , whose plot revolves around a team of scientists and explorers on an exciting journey that will test their physical and mental limits on a remote planet, where they will discover the answers to our questions deepest and the greatest mystery of life.Charlize Theron, Michael Fassbender, Noomi Rapace, Idris Elba, Patrick Wilson, Guy Pearce and Logan Marshall-Green (a clone of Tom Hardy) are the main actors head the cast of the film , which premieres June 8 in the U.S., 2D, 3D and IMAX ; to Spanish cinemas, unfortunately, will not arrive until August 10 .

Most Anticipated Movies of Bollywood in 2012