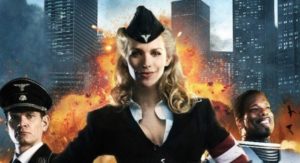 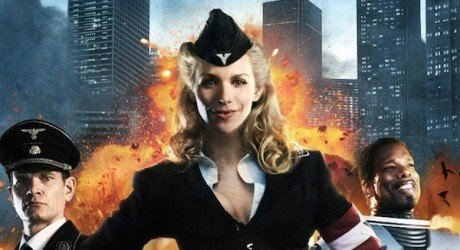 ‘Iron Sky’ here is the trailer and the poster of this sci-fi comedy that starts from a premise of the most striking: the Nazis attack again after being hidden in the moon . Who have dared to set this in Berlin speaks highly of the organizers of the event, we’ll see what is said of the film, so you see in the video does not look bad, it can be fun.

Julia Dietze, Gotz Otto, Christopher Kirby, Peta Sergeant and Udo Kier are among the stars of this peculiar Finnish production that has cost around EUR 7 million and has been directed by Timo Vuorensola. The story of ‘Iron Sky’ reveals that by the end of World War II the Nazis successfully sent a manned mission to the Dark Side of the Moon (where, according to Michael Bay dropped a ship of the Transformers in the years 60). The aim was to build a powerful fleet to invade the Earth at the right time, in 2018, everything is ready for the return of the dreaded Nazi army. The film will hit UK on April 4 and a day later will be shown in commercial cinemas in Germany.

First Official Image of the Filming of Iron Man 3