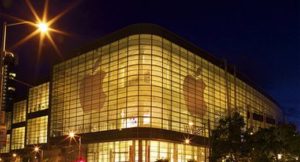 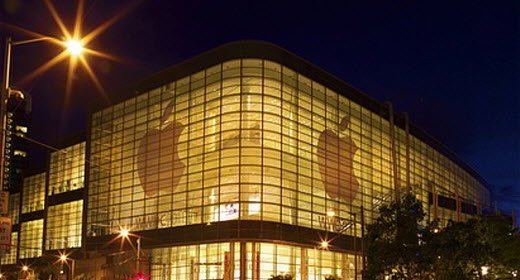 A complete hardware replacement MacBook Pro and MacBook Air , a new line of MacBook Pro with retina display and top-level equipment (with prices as high), the new iPhone OS 6 with Siri in Italian (available to the public in the fall) and the ‘ announcement of the distribution, by next month, the OS X Lion Mountain . These are the features announced by Apple during the opening speech of the Worldwide Developers Conference, underway today in San Francisco, the first without Steve Jobs.

In the opening speech of Tim Cook, Apple’s CEO, highlighted the achievements of the company in numbers: 400 million accounts (with credit card registered) on iTunes, the App Store applications 650 000, 125 million users icloud, 30 billion apps downloaded, $ 5 billion distributed to developers. The conference has sold out in one hour and 43 minutes after registration opened.

Phil Shiller then presented the new MacBook line of introducing a second declension of portable Pro line that combines the power of the MacBook Pro with the subtle forms of MacBook Air and feature a screen that Apple has called “the most high definition with the world. “

A Scott Forstall the task of presenting the news of IOS 6 . The operating system for mobile devices will be available in the fall and will introduce, among other things, Siri in Italian, a deep integration with Facebook, a new application with guided navigation style maps, more or less, TomTom, as well as more stringent controls for privacy.

MacBooc Pro Next Generation . The new laptop from Apple is at the highest level of the company’s line of notebooks, for power, elegance and cost (about 2300 euros in Italy, compared to about 2000, the exchange rate plus tax, the same model sold in the U.S.) . It has the Retina display and trace the shape of the MacBook Air, which has a similar thickness (thinner in the upper, more often in the lower). It weighs 2 pounds and has a 15.4-inch display. The resolution is 2880 x 1800 pixels, 220 pixels per inch, bringing the total number of pixels to 5,184,000. The hardware is of the highest level: up to 16 GB of RAM, processors up to 2.7 GHz Core i7 processor, HDMI ports, SD, USB compatible with versions 2 and 3 (2) and Thunderbolt (2).

MacBook Air . The handset, which anticipated the three years the concept of Ultrabook, will continue to be sold in two configurations 11 and 13 inches. The memory will be up to 8 GB, the card will be the HD 4000 integrated graphics, while the solid state disk can reach 512 GB. The Core i5 processors will be the Ivy Bridge, 1.7 and 1.8 GHz

MacBook Pro . Always with Ivy Bridge CPU, the discrete graphics card, for models that have it, will be the GeForce GT 650M 1 GB. The processor can get to 2.7 Ghz (quad core i7).

Apple also announced the news for iPhone OS 6. First Siri: Apple’s personal assistant will also be available in Italian (as well as in several other languages) and can handle many more actions (eg launch an application) and get much more information (such as sports scores) . The new iPhone OS 6 will have closer integration with Facebook (as it is now with Twitter), can initiate calls FaceTime over cellular networks, IMessage will also be available through the iPad and iPod Touch mobile phone number (Apple ID will be merged with the cell phone numbers ). The new Passbook will manage on your event tickets and boarding passes for transportation.

Apple has also introduced a new Maps application based on a mapping wholly owned company. By partnering with TomTom, the application will now signs of a typical guided navigation ( turn by turn ) with voice service, can be controlled by the Syrians and will have a 3D rendering of the sites created using aerial photographs (features called Flyover ).

iPhone OS 6 will be available this fall for the iPhone (the 3G and up) for iPad (second and third generation) and iPod (fourth generation). It will not be available for the first iPad.