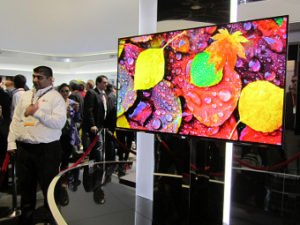 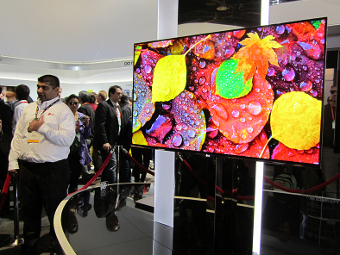 OLED-TV from LG announced at CES 2012 in January. The device has the largest screen of OLED-TV series. At the same time with the LG 55-inch model shown at the exhibition Samsung ; price for it has not yet announced.

OLED screens (organic light emitting diode, OLED) do not require a backlight. Because of this, obtain thinner TVs (model LG has 4 mm in thickness) and consume less power. From LCD TVs and their features more contrasting picture and wider viewing angles.

What If , When the TV Will Watch You