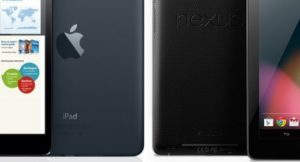 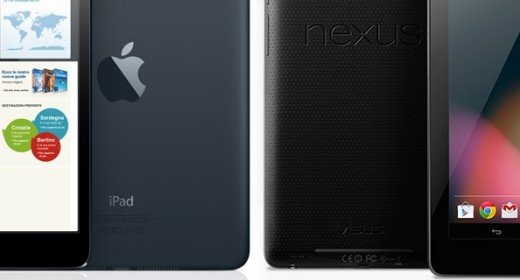 With the announcement of the ‘ iPad mini , Apple enters a market currently dominated by Nexus 7 of Google and the Kindle Fire from Amazon. The clash between the three companies will be fought on several fronts: hardware performance, software quality and price. The Google tablet gives the user greater freedom, without imposing a modified interface, while Amazon products are deeply customized to its ecosystem. Apple is instead a warranty with respect to hardware and applications, but the price is higher.A comparison of the four contenders will better identify the device that best suits your needs, waiting to hear the answer from Google that the October 29 should have a Nexus 7 of 32 GB. The War of the 7-inch, moreover, it is a war that could prove vital to the balance of the industry’s lowest cost will configure a profile entry-level that could “educate” the user to use the tablet stimulating the masses until now remained far from new expressions of the market.

Kindle Fire has on its side the price, being able to offer a solution from 159 € unparalleled. The Nexus 7 promises better performance and reduced weight, and compared to the iPad mini can negotiate a price up to 80 euro less than the “mini” cheaper. The iPad mini on the other hand was on his side pulling the iPad and the Apple brand, but will have to demonstrate that they have played the best positioning and delicate as that of the new 7-inch (actually, for the device of Cupertino, equal to 7.9 inches and therefore wider than competitors).

The Nexus 7 Kindle Fire, and the two are now on sale in Italy, while the iPad mini can be pre-ordered by October 26th and will hit stores on November 2nd.