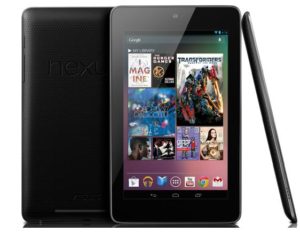 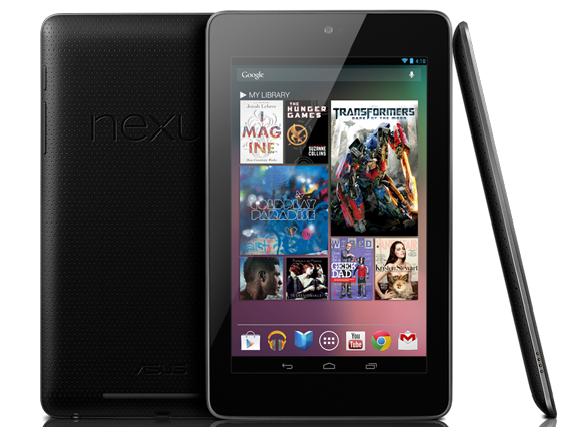 Google unveiled at a conference I / O in San Francisco tablet Nexus 7 – the first device in the line of Nexus, designed by ASUS. Journalists who are fortunate enough to twist a novelty in their hands, share their first impressions. Thus, the tablet weighs only 340 grams, the screen size – 7 inches, resolution – 1280×800 pixels. The gadget is equipped with quad-core processor Nvidia Tegra 3, and has a gigabyte of RAM. The tablet can be packed into the case of two color variants – white and black.

The main distinguishing feature of the new items – low price: $ 199 for the version with 8GB and 249 for 16 GB. Buyers will also receive a gift of $ 25 to purchase content in the store Google Play (note that in Russia, not all parts of it).

The tablet is conveniently fits in your hand (or rather, its comfortable to hold as the two hands and one without going to the screen with your fingers), and thus the case quite pleasant to the touch: plastic, which is made from the rear of the body, looks and feels more expensive than He really is.In this tablet seems to be very easy. 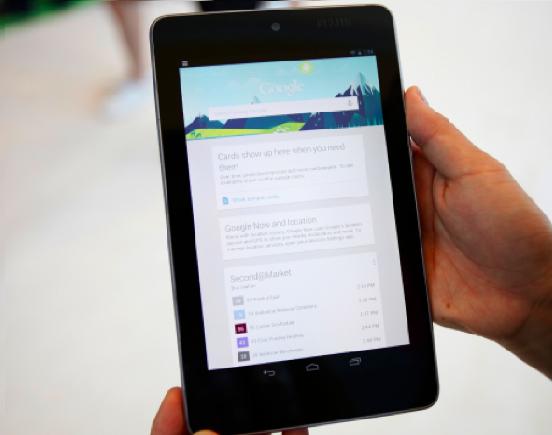 Nice design: a tablet is not ashamed to pull out of the bag, or rather, out of pocket, in polite society (including the price – especially). Headphone jack is in an unexpected place: at the bottom, next to the USB-connector for charging, but not at the top and not from the side, like most other tablets, which is somewhat disorienting. In this off button and volume control are on the right and on the top and right edges of the holes are located microphone.

Slot for SD-cards, unfortunately, is missing. It is possible, so the manufacturer has reduced the price of a little plate, but most likely, Google simply inciting the future owners of Nexus 7-to-use “cloud” storage technology information, and Google Play Store.

The screen is bright and colorful, like most of the displays fresh from Asus. In the sun does not blind, and the image can be a good look at almost any angle.

The sound quality, judging by first impressions, is also quite good: Built-in speaker to cope with playing music that sounds clear and loud, but there is one “but”: it is located at the rear bottom of the case, and there is a risk to close his hand, holding a tablet usual way .

The tablet is equipped with a 1.2-megapixel front camera, but the back of the camera there, and there is no application for working with photos. The camera is only for video chat.

Hours tablet battery – up to 9 hours when watching video, and up to 300 hours of standby time.

Note that the Nexus 7, which is slated for release in July – the first Android-plate, which acts as the default browser Chrome. While this is a beta version, but there is every reason to expect in the near future, the final version. Also on the plate is installed the new version of YouTube application and maps Google.

We summarize: Nexus 7 – a great way to get acquainted with the new Android, spending minimum amount of money. This is a great iPod touch competitor, and Amazon Kindle Fire in one person.Google the brand and the quality of Asus makes it easy to press affordable Chinese plates (and Microsoft Surface for the company) and this seems to be the main task is Nexus 7.