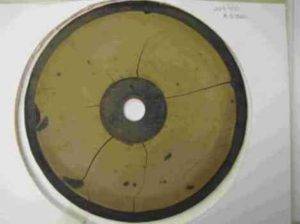 Scientists from the Lawrence Berkeley Laboratory (USA) have developed a 3D optical scanning technology, which allows you to effectively scan the old records and extract from them the highest quality sound. Thus, they were able to digitize records dating back 125 years. 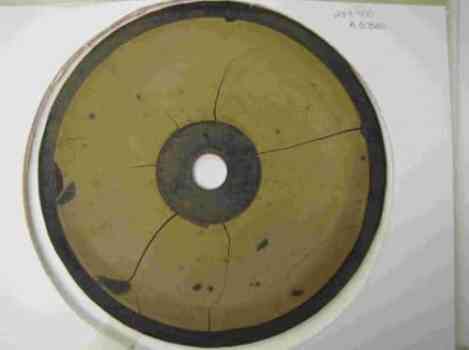 At a time when Thomas Edison was officially announced the invention of the phonograph, the scientists are actively experimenting with formats drives, trying to improve sound quality. During his work on the voice at a distance of Alexander Graham Bell, who heads a team of engineers who regularly sent from the laboratory to record the Smithsonian Institution in Washington. So he wanted to protect themselves from theft of their ideas by other teams. However, along with the recordings he did not send the device for playback and recording waiting in the wings as much as 125 years.

Optical scanning technology to record the restoration by experts  Heyber Carl (Carl Haber) and Earl Cornell (Earl Cornell). Scientists have embodied his invention in the IRENE/3D, which combines hardware and software solutions. The principle of the technology is such that the system produces three-dimensional scanning optical high-resolution imagery provides the disk and does not involve physical contact with a carrier that is not conducive to its further destruction. And when there is a high quality model for such permission, the computer can simulate the playback of the recording. As a result, the computer plays exclusively on its own account and stored, respectively, can keep the sound in any available format.

On the recording of Bell Labs discovered voice, reading passages from Shakespeare or periodical press of those times, according to the portal physorg.com. It is not excluded that one of those voices belongs to Bella, though it is known that in the laboratory than it was two more inventors, his cousin Chichester and engineer Charles Sumner Teyner (Charles Sumner Tainter).

Finally, scientists from Berkeley, noted that the major advantage of this scanner in relation to the record is his ability to read the audio from any media. In particular, records, borrowed from the Smithsonian University, were wax and glass – which means that to play them would require different mechanical players. Here we are dealing with a universal solution.

Top Five Most Important Inventions of all Time