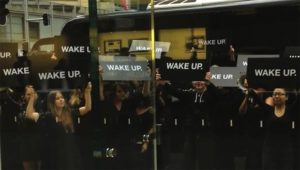 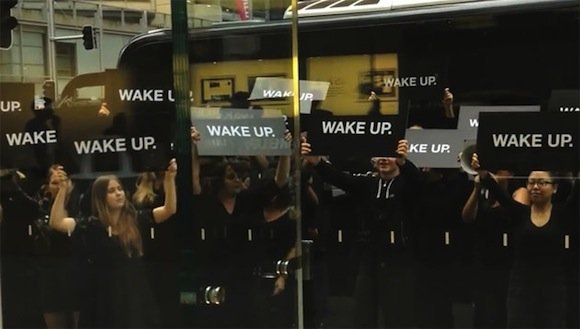 In view of the imminent release of a new Samsung Galaxy S III we have already seen the first teaser trailer and the first technical characteristics of the device. In that trailer, in fact, the Samsung had a clear allusion to their opponents calling “sheep” who had devices from other companies.

The company is progressing, but still further in Australia since hired marketing firm to conduct a “protest” outside an Apple Store with people holding signs and shouting “Wake Up”, say “Wake up.”See the video: