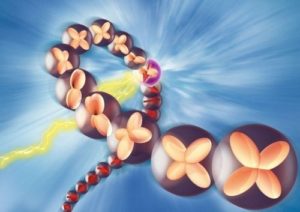 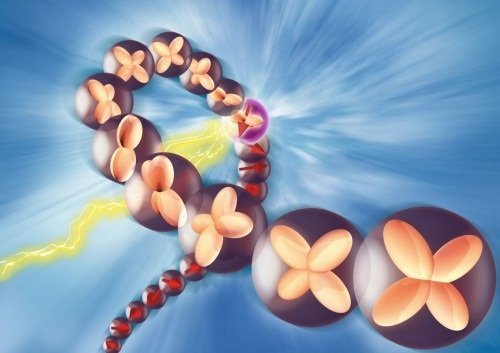 Can the attention of the public is left to the efforts of CERN to observe the “God Particle” , however, a very important news comes from the efforts of two research groups from Switzerland (Paul Scherrer Institute) and Germany ( IFW Dresden), which was first observed the decay of the electron in two “quasi-particles”!

Specifically, the observation was made in the material Sr2CuO3 using X-ray, where the measurement of energy detected two “quasi-particles”, each of which bore one of the three quantum properties of the electron. These are the spinon (the magnetic bearing spin) and orbiton (carry the angular momentum), while the other is the load capacity.

According to the publication of two groups in the journal Nature:

The researchers say the discovery will greatly help in understanding high-temperature superconductors, and as if these strange notions of non-scientifically trained their applications can drastically change our daily lives, since theoretically can transfer energy without heat loss. The best known applications are the MRI, and magnetic levitation trains (movement with the help of magnetic fields), where the transfer of power to move about the superconducting wires.

Scrubs for all skin types