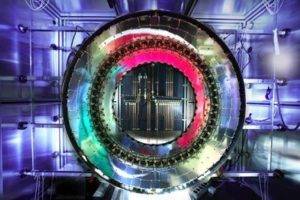 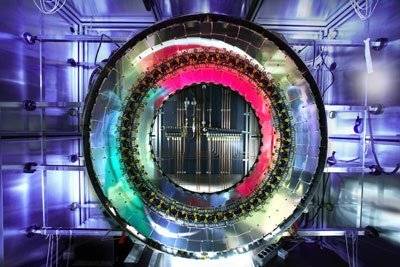 The Chi-b (3P) is a particle whose word “leaves frozen” theoretical physicists even specialists in interpreting the results of the LHC. In this experiment, protons are colliding at nearly the speed of light in a vacuum tube of 27 kilometers. Protons are made of quarks which, when colliding, they can produce particles never before observed. Some are elementary, ie, indivisible, like quarks. Others are made, as is the case of the convoluted Chi-b (3P), which has been detected and described by ATLAS, a team of hundreds of scientists who analyzed the collisions.

This is a version of “excitement” of a particle

The new particle is a boson and consists of two quarks. One is another matter and antimatter, ie is identical but with opposite charge. The particle survives for an instant a thousand billion times shorter than a second and then disintegrates. It is time for scientists to study and ATLAS find out more about the so-called strong force, whose mandate is to hold together the components of the atomic nucleus.

Like the Higgs boson, the existence of the Chi-b (3P) had been predicted by theorists who built that, for now, is the most compelling model for describing the behavior of quarks, bosons and other particles constructed elementary matter. In 1975, another accelerator discovered two similar versions of the Chi-b (3P). The current finding is a state “excited” by the same particle, but not a breakthrough beyond the story to be the first thing you do in the LHC, according to Juan Garcia-Bellido, theoretical physicist at the University of Madrid.

“Until now, the recent discoveries of new particles had made the Tevatron,” explains Garcia-Bellido.This is a U.S. particle accelerator for a time rivaled the LHC Higgs hunting but has been put in dry dock permanently this year. This was the first time the LHC detects and confirms a new particle, although in this case is not fundamental, but composed.

It Helps to study the forces that hold the atomic nucleus

The real purpose of the machine is the Higgs boson, the last piece is to confirm that the theoretical models used to understand the universe. A few weeks ago of ATLAS investigators and CMS rivals compelling observed the first signs of the existence of this particle. The data were insufficient to rule out what looks like the higgs is actually a statistical error.The moment of truth is expected in late 2012 when the LHC will have enough data to decide.

Everyone Wants to Know About the “Origin of Mass”