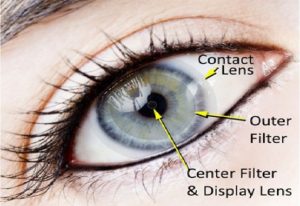 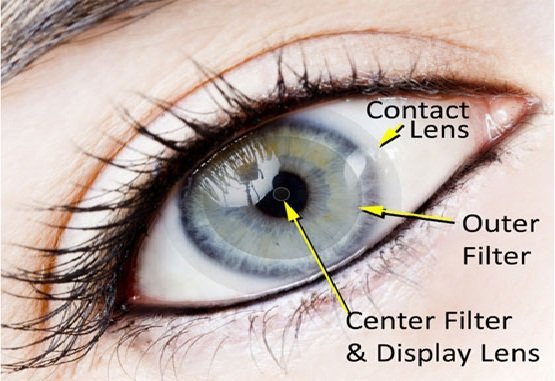 A few weeks ago, Google showed us Glass Project , augmented reality glasses that will show information about our environment (maps, routes to follow, information of interest, etc.) and allow the possibility of video conferencing, call or check our messages . Praviz Babak, a member of this team, had been developed at the University of Washington about contact lenses also projected information on the eye and whose idea seems to have liked at the Pentagon as they have commissioned a prototype to Innovega , a company the factory.

The Department of Defense United States seems to have liked the idea of giving the troops of an information system which can display real-time information from the battlefield or military intelligence data directly to the troops without having to continue using the system HUD (heads-up display ) that has been tested by fitting a screen to the hull of the soldiers. The HUD problem is that the soldier stares at the screen and therefore lose focus of what happens in the rest of the scenario that is around since the human eye is unable to focus at two distances (something close and distant at the time).

Innovega, the company that the Pentagon has commissioned the prototype contact lens, has developed a contact lens called iOptik (part of the research was met with funds from DARPA) to allow, in addition to opening the door to the projection image on the eye, giving soldiers a comprehensive overview (120 degrees) of the cone of vision, ie not lose ability to see when using a system based on contact lenses.

iOptik includes a special filter that allows you to view augmented reality data injected by the lens at close range while you can see the real objects that are in the environment where the user moves, thus giving the soldier a vision full and free of interference.