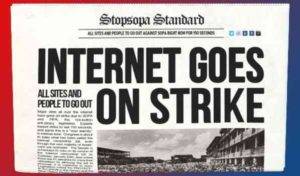 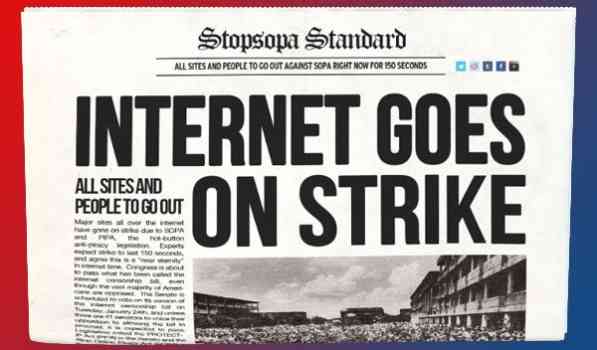 The news comes directly from the words of the signatory of the law, Lamar Smith ,

to approve legislation that protects consumers, businesses and jobs by thieves who steal U.S. intellectual property, we will continue to work with industry to find a way to combat online piracy.

The commitments in the coming weeks to move the meetings in February, when the table and the game will be reopened for the approval of SOPA will start again.

The communication is dated January 17, thus formalizing the referral even before the blackout began, but the two can hardly be independent: the impact force of the protest is made from concrete initiative announced by the notification, so the SOPA has been temporarily withdrawn (after protest) to move into calmer waters of the procedures for approval. The coming weeks will therefore essential to find a good atmosphere around a problem that has attracted the attention this time around the world as a result of involvement in the protest of names such as Wikipedia, Google, Mozilla, Greenpeace and others more.

Although the vote was now unofficially been sunk in the past few hours with the ‘intervention of the White House decided on the theme (which called less bitterness and more constructive), the draft was still left on the calendar until the announcement before the revolt and SOPA (together with the parallel proposal PIPA) hovered as a threat so that only the collective protest has been able to drive . Lamar Smith did not give up and still hopes to be able to take forward the proposal with bipartisan vote , so that he could present to President Obama a device reads more convincingly than the current one.

The anti-SOPA protest has won the battle, in fact, but the war is still long. Probably only now begins the most delicate, because the consultation will file the details and it is in the details that might be lurking menace: the war between pirates and copyright holders must balance structured in such a way that the defense of certain private rights can not hinder the free expression of a collective right.

A first success is still in the database: The SOPA will not be voted on immediately and any delay is a way to ward off a goal that many people are not wanting in any way cut.

Source: Committee on the Judiciary