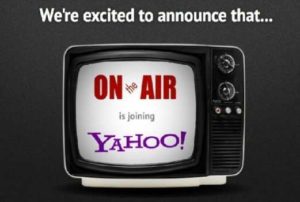 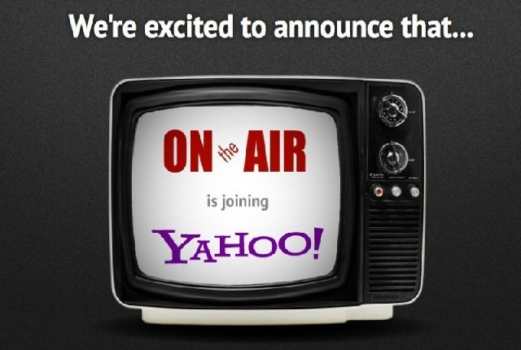 Yahoo has announced the acquisition of video chat startup OnTheAir only 9 months after its creation.This platform will enable the company to enter the field of conferences and compete with Google Hangouts.

Besides buying the paltaforma, the 5 members of it will work on Yahoo’s mobile department to improve the product and even create a new application. They all have a remarkable experience and have also worked in the largest companies of the moment such as Google , Apple or Facebook .

On the home page of “OnTheAir” we can now read a statement in which we report the news:

” We are delighted to share some great news: OnTheAir was acquired by Yahoo!

“Surely now can improve your product thanks to resources Yahoo can offer them.

In March this year, Mashable OnTheAir described as a combination of Google Hangouts, Skype and Youtube . Why? From initially developed as a tool to talk with someone important. For example, you can create a channel, people connect and control who can talk. In this way, each person has a certain space of time to ask your question.

The startup received $ 800,000 dollars in its foundation but still do not know the amount Yahoo paid to clinch it. Personally, I think he has a good team and has very good resources to bring to light more than decent platform to offer the public.

Thanks to this movement, shows that Yahoo wants to focus on the mobile market . Since Mayer’s chief executive has already conducted two operations focused on the smartphone, including this one.The first was held in October with the acquisition of Stamped, allowing a company to share information about restaurants and music from your mobile phone.

It will draw a product? Worth Yahoo compete with Google Hangouts? For now we keep waiting.