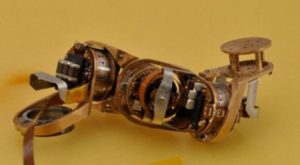 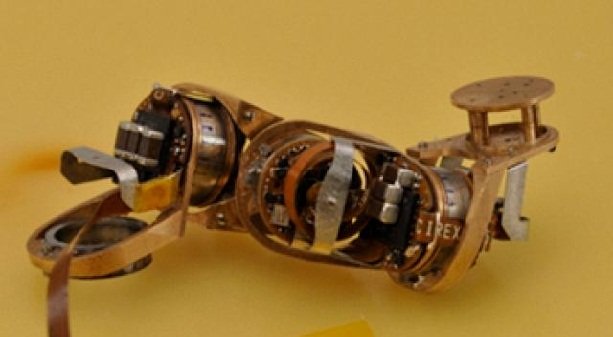 The milli-motein , which is the name of this pre-robot developed by MIT, is a small device, shaped like a caterpillar and made with metal rings inspired by the reconfiguration of proteins, it has the ability to modify structure and take any shape. This robot,  has the shape of a caterpillar or a worm , it is entirely straight, however, thanks to its structure which make the small motor able to bend easily and take various forms .

The challenge faced by the researchers of MIT was quite interesting, certainly serve as a starting signal for a new generation of robots much more flexible and adaptable . From a mechanized corps, MIT researchers had to approach the design of a new type of engine that would provide versatility to the device and thought in a electro engine . What is an electro engine? A permanent electric engine consists of a pair of magnets, one very powerful fixed and a little weaker than it really is an electromagnet whose magnetic field can reverse playing with electrical excitation that is submitted. Depending on the electrical excitation to be submitted to the second magnet, the resulting magnetic field can be null or can be added with the added advantage that, once fixed the sense electromagnet, the assembly can continue operating without constant power .

Coupling these electromotors in small circular pieces, the robot is able to rotate the pieces and their shape change based on the different excitations receiving electric motors forming the mechanical structure of this worm.