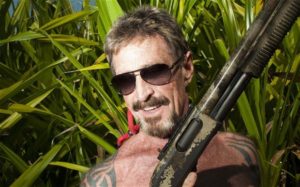 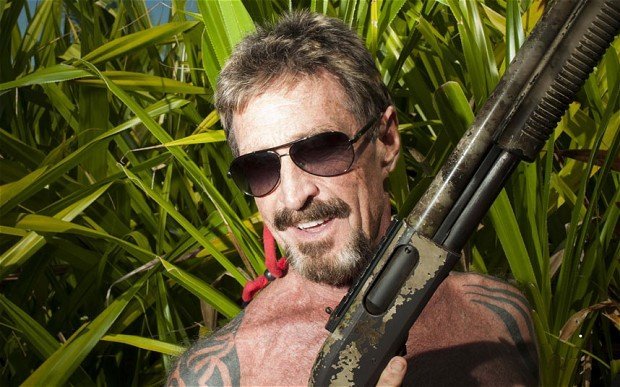 The strange story of John McAfee and his possible involvement in a murder case continues. The founder and former owner of the eponymous anti-virus manufacturer’s claims to continue on the run. He was no longer in Belize, where he is wanted by the police in connection with a murder case but not out of danger, McAfee said in his blog and on Twitter. Two journalists of the U.S. magazine “Vice”  are Supporting him.

The Belize Police want McAfee ask about the murder of his neighbor, the U.S. citizen Gregory Foull. Both lived for years in the village of San Pedro near an island off the Central American country. Foull on 11 November shot on his property was found.When police visited McAfee, he buried himself in the sand by its own account and then took flight.

McAfee has announced that he will return to Belize when he had brought his girlfriend to safety. Both appear in an interview that the U.S. television network CNN had with McAfee at an undisclosed location. Front of the camera again he denied having committed the murder. But he feared a plot by the authorities of Belize.

The employees of the former computer programmer at the weekend had received an anonymous tip that he was detained at the border between Belize and Mexico. After that first there was silence. McAfee said on Monday, however, that there had been a double, who had been leaked as a distraction to the authorities.