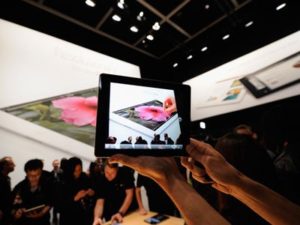 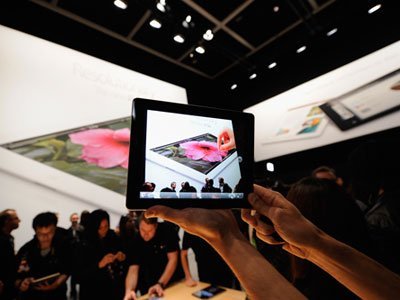 Apple has officially launched the new generation iPad on 7/3, American astronauts on the ISS are  currently waiting for a convenient handset to life outside the Earth becomes less than boring.

Dan Burbank – NASA astronaut, who runs the station said that he wanted to have an iPad or any other tablet to be used on the space station. Burbank answered questions from a student of San Jose, California via video:

I’ve never owned an iPad, and is currently do not have a space station in this. One aspect that I think this device is quite handy on a space station because everything will become easier. With only a small tablet that you can carry to make the operation procedures and scientific experiments instead carry a bulky laptop .

International Space Station is controlled mainly by a series of notebooks are classified in many different modules in laboratory circles. Space Station as long as a football field but the actual habitat of the astronauts only area with 5 bedrooms, NASA said.
Although both groups no one is owning a new Apple iPad, the astronauts also have at least two tablets when used in orbit. In October, the space agency of the Russian Federation will send up two iPad for Russian astronauts in the laboratory using the same orbit in addition to some other Apple devices.

Burbank said, ” Right now we have iPod and listen to music really interesting . “

The astronauts also have iPhone 4 has been posted on the station for the purpose of service of the experiment. Burbank said this information in an educational seminar in San Jose Technology Museum, where exhibits on NASA’s Space Station.

Right now the international space station is home to six astronauts: three Russian astronauts, two American and one Dutch. Burbank and American teammate Don Pettit on behalf of both groups answered questions from the students at the museum.