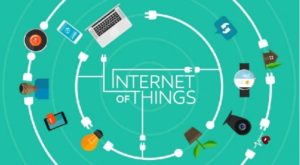 The Internet of Things meets enterprise solutions: from sensors to professional applications and back.

The HiveMQ company has expanded the Kafka extension of its MQTT-based messaging broker for devices of the Internet of Things.It will help to let HiveMQ clusters work with the cloud-based Kafka solution from Confluent. This integrates the IoT cloud into the enterprise cloud and enables data exchange between potentially millions of IoT devices and the enterprise services connected by the Kafka solution.

At first glance, MQTT and Kafka technology do the same thing: They move data from one service to another using a publish / subscribe pattern. Both can be operated as a cloud. But that’s where the similarities end.

The MQTT standard implemented for the HiveMQ cloud is designed for devices of the Internet of Things. However, many of them offer little capacity in terms of computing power and the network connections are also not always stable. The protocol is accordingly lightweight and robust. Messages that are sent within the system generally have a large number of different topics. Since the data-producing devices identify themselves via the topic and, conversely, consumers are addressed using the topic.

At Kafka, large amounts of data flow reliably through the system. For example, data storage and backup systems must be supplied continuously, securely and consistently. There is usually a relatively small namespace in a Kafka system, but there are also many messages for a single topic.

According to the different requirements, the techniques used differ not only in detail.But also fundamentally in the system down to the use of the network infrastructure: asynchronous connections on the one hand compared to socket-based data lines for message streams on the other.