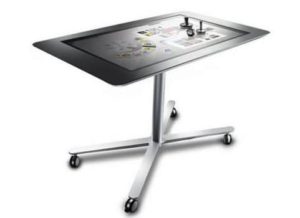 Exhibition for consumer electronics show (CES) is the world’s largest technology event and now plays a very important impact on the development trend of the year for manufacturers. The first day of CES 2013 brought us closer to the notice, application equipment and technology intelligence worth considering.

This year saw the rise of intelligent technology and the manufacturer seems increasingly want their devices become smarter, television, camera and phone. Let us also review some prominent events related to the product in the first day of CES 2013.

Samsung has announced the launch of its first 4K TVs in November last year and today is the time to make claims on the firm. Not only that, samples UN85S9 85 inch of them is the world’s largest super-HD TV.

As you can see in the photos, this giant device is placed in a metal frame that allows it to be arbitrary tilt forward as well as back. Many people had to ask the question that how much the world has room enough capacity to accommodate the oversized TV.

In March this new LG officially sold this product however their black box is currently attracting a lot of attention at CES 2013. This is a form of television projector allows you to create images with 1080p resolution with a 100-inch TV size from 22 inch distance.

HECTO support both modes Smart TV and Digital TV transmission systems. The integrated two 10W speakers and LG confirmed their devices can operate to be stable over a period of up to 25,000 hours of use.

CES 2013 is an opportunity for Samsung launched the NX300 camera not mirror lens 2D/3D.Besides, the company also revealed that about 45 mm F1.8 lens 2D/3D to confirm that this is the first single lens allows recording in both 3D and HD.

With dual-band Wi-Fi connection, users can connect a the smart ?ien? with the NX300 through Samsung Smart Camera application for both Android and iOS.

Xperia Z is a high-end smart phones is Sony launched as a flagship product for 2013 firm.Owns an angled design and is very beautiful. However, the resolution of 1080p HD on Xperia Z though supported Mobile Bravia Engine 2 technology helps enhance the image but can not overcome the disadvantages poor showing of the when chuyenn to tilt angle.

However, you will never have to think about the durability of the phone when it is fully waterproof and can last up to 30 minutes.

IdeaCentre Horizon 27 Table PC from Lenovo is a computer model of a unique all-in-one with a screen size up to 27 inches and works similar to an iPad. This device can be easily modified to become a table digital entertainment for the whole family to support sensors up to 10 finger touches at once. 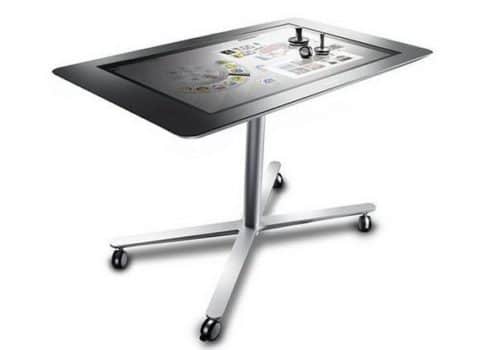 In addition, the IdeaCentre Horizon 27 is also easy to return to the role of a computer you own webcam and wireless connectivity. Lenovo will start selling this product in the middle of this year at a price yet to be announced officially.